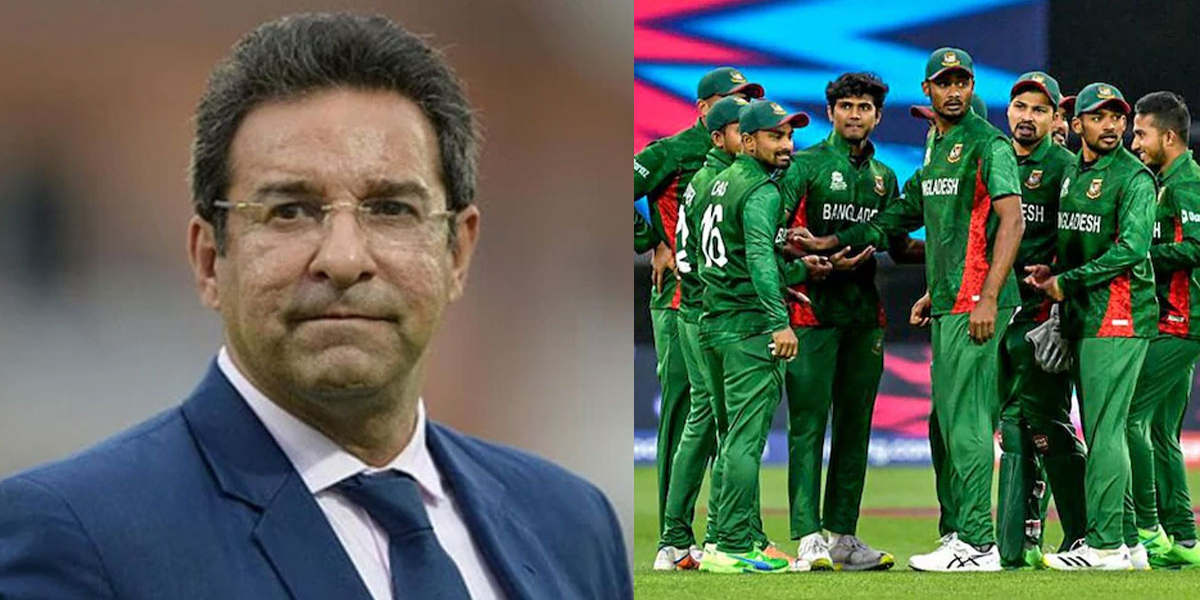 According to the details, former Pakistan captain Wasim Akram severely criticized the Bangladesh batsmen and criticized their style in the T20 World Cup match against Pakistan.

The game between Bangladesh and Pakistan was a must-win for both sides, but poor batting restricted Bangladesh to just 127/8, a target comfortably chased down by Pakistan as they finished the match by five wickets. And won with 11 balls to spare.

Wasim Akram said that if he was the captain or coach of Bangladesh, he would have referred the entire team to a psychiatrist.

The former Pakistan captain also criticized the batting approach of Najamul Hasan Shanto, who lost his wicket after scoring 50 runs.

“At one point in the match against Pakistan, Bangladesh were in a poor position of 73 for 2 and I thought they would reach 160,” said the Sultan of Swing.

Speaking further about the Bangladesh cricket team, Akram said that at the international level when you see a certain bowler coming in to bowl and you know that the opposition captain has brought him in to take the wicket.

According to Akram, you don’t play a shot against such a bowler, you try and rotate the strike in that particular over, but the Bangladeshi players intended to hit against this bowler.

The Sri Lankan Cricket Board has suspended Dhanushka, who was arrested on charges of sexual assault
ICC has announced the match officials for both the semi-finals
Comment