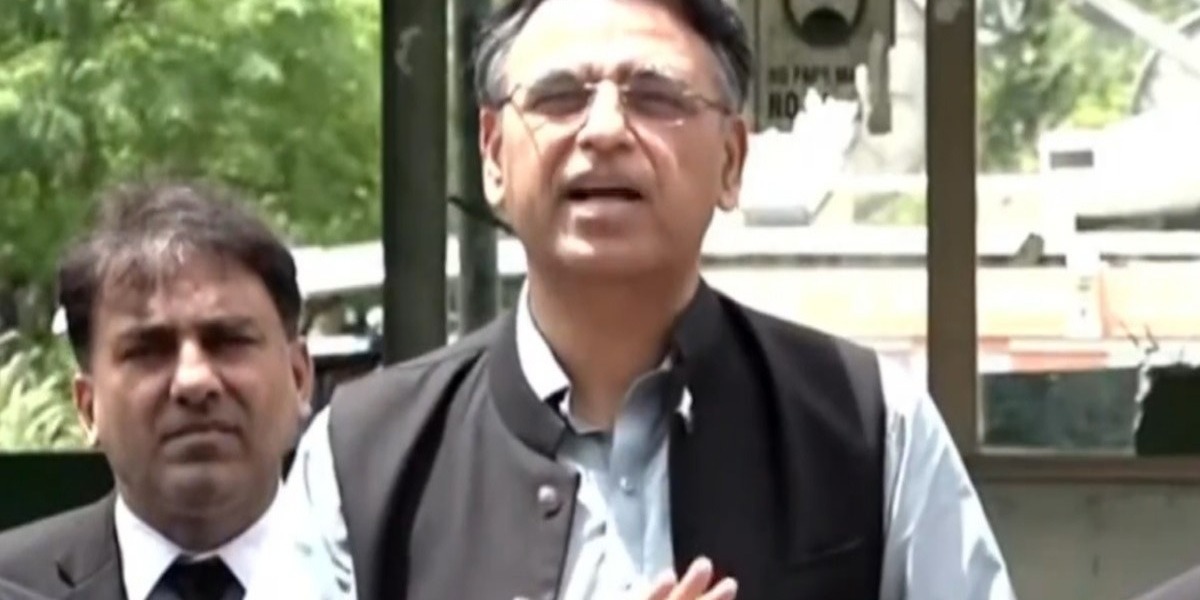 Asad Umar, senior leader of Pakistan Tehreek-e-Insaaf, has said that there will be protest gatherings in all cities of Pakistan tomorrow at five o’clock.

In one of his messages on the social networking website Twitter, Asad Umar said that local organizations will announce the place of protest in every city.

He said that show them that no one can suppress a truly independent nation.

He further said that I myself will participate in the protest at Liberty Chowk Lahore.

There will be protest gatherings in all the cities of Pakistan tomorrow at 5 o’clock. The protest site of each city will be announced by local organizations. Show them that no one can suppress a truly free nation. I myself will participate in the protest at Liberty Chowk Lahore

It should be noted that some time ago, the Karachi Police attacked the peaceful march of PTI, the police fired shells and lathis at the protesters, as a result of which PTI member Sindh Assembly Raja Azhar was also injured. gone.

The road from Jinnah Hospital to Shaara Faisal has been temporarily closed while the workers have also blocked the other track of Shaara Faisal.

While trying to stop the workers near Regent Plaza, the police pelted the protestors while the PTI workers started pelting stones at the police while the women workers were also verbally abused by the police.

Protesters dispersed to avoid tear gas shelling and arrests, while protesters also gathered in large numbers near the FTC bridge.

There will be protest gatherings in all cities tomorrow at 5 pm, Asad Umar
Why did Punjab government not cut the FIR? Foreign-funded sedition wants civil war, Maryam Aurangzeb
Comment