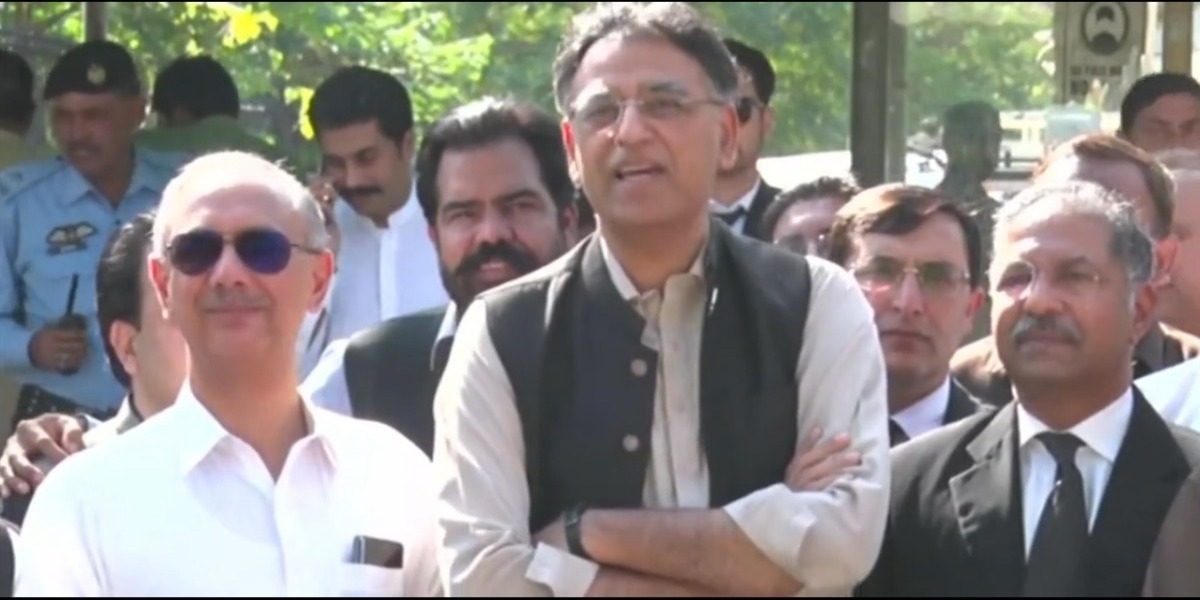 Senior leader of Pakistan Tehreek-e-Insaaf Asad Umar has said that today our captain is roaring like a lion.

According to the details, Asad Umar while addressing the workers in Faisalabad said that till a week ago our leader was injured, today our captain is roaring like a lion.

Asad Umar said that workers are also brave like Imran Khan, not to be afraid of calls from unknown numbers.

He said that he scared a victim so much that first his mustache grew short and now he fell ill. May Allah give health and guidance to Rana Sana Allah.

He further said that he will not sit down from China until he gets real independence.

European Union Commissioner for Home Affairs arrived in Islamabad on a two-day visit
Matari; The husband committed suicide by shooting his wife
Comment