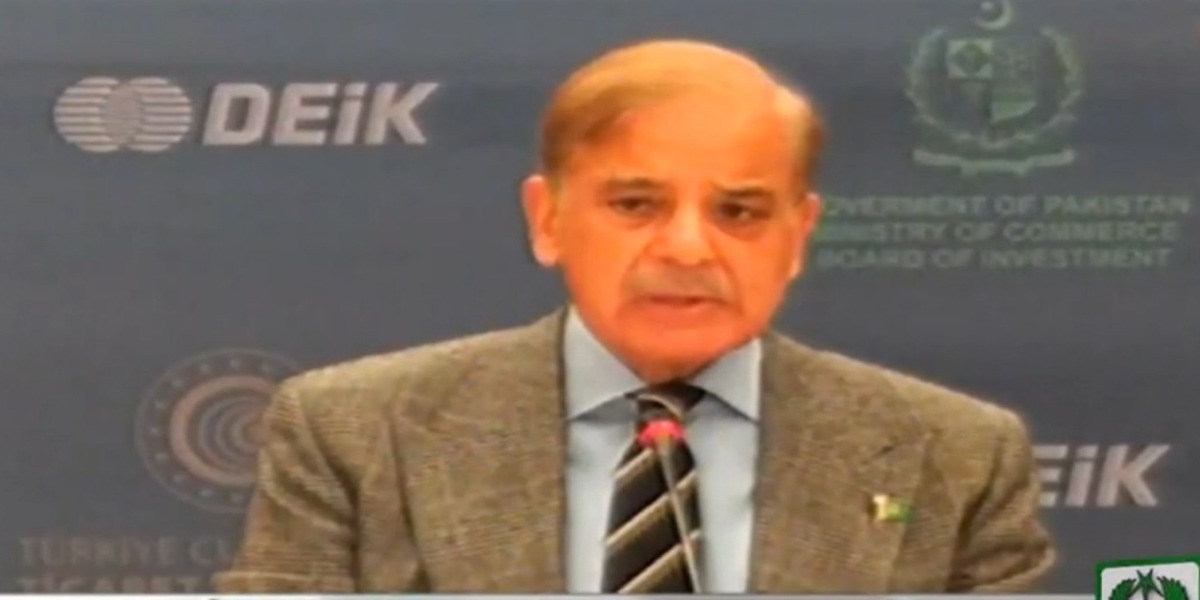 Prime Minister Shahbaz Sharif has said that there are immense possibilities of cooperation between Pakistan and Turkey in various fields.

According to the details, Prime Minister Shehbaz Sharif while addressing the Pakistan-Turkey Business Council meeting said that we know that there have been problems for Turkish companies in Pakistan in the past, but the government of Turkey is taking steps to solve the problems of investors.

He said that measures are being taken to facilitate trade and investment in the country because there are immense possibilities of cooperation in various fields between the two countries.

He further said that Turkey is our second home where I received a warm welcome, but I condemn the terrorist attack here, which is very regrettable for the loss of life.

The Prime Minister said that like Pakistan, Turkey has also become a victim of terrorism and people involved in terrorist incidents are not humanitarians.

He said that he is grateful to the President and the people of Turkey for helping the flood victims.