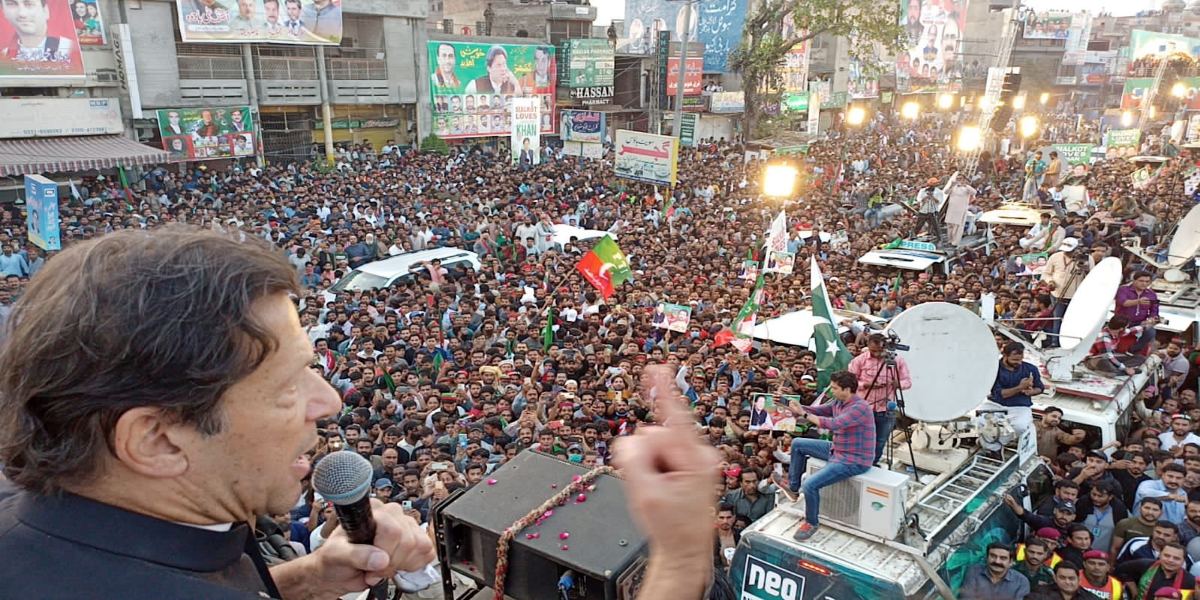 Pakistan Tehreek-e-Insaf’s real freedom march under the leadership of former Prime Minister Imran Khan has entered its seventh day today, which will begin from Wazirabad.

Regarding the start of the seventh day, PTI leader Hamad Azhar has said that today the long march will start at 1 pm in Wazirabad.

One o’clock in the afternoon

Reception camps have been set up at various places on the route of the long march, while Ali Zaidi has arrived with a caravan from Sindh.

In this regard, Senator Faisal Javed says that Imran Khan’s long march demanding immediate elections has become the biggest march of Pakistan so far in which thousands and thousands of people are joining.

He has said that after November 10, more than 2 million people will enter Islamabad.

It should be noted that yesterday PTI leader and former federal minister Asad Umar had issued a new schedule regarding the arrival of the convoy of Real Azadi March in Rawalpindi and Islamabad under the leadership of party chairman Imran Khan.

PTI leader Asad Umar wrote in his message on social media that Imran Khan will reach Rawalpindi on November 10 as per the new schedule of the real freedom march.

He further wrote that all convoys will reach Islamabad on November 11.