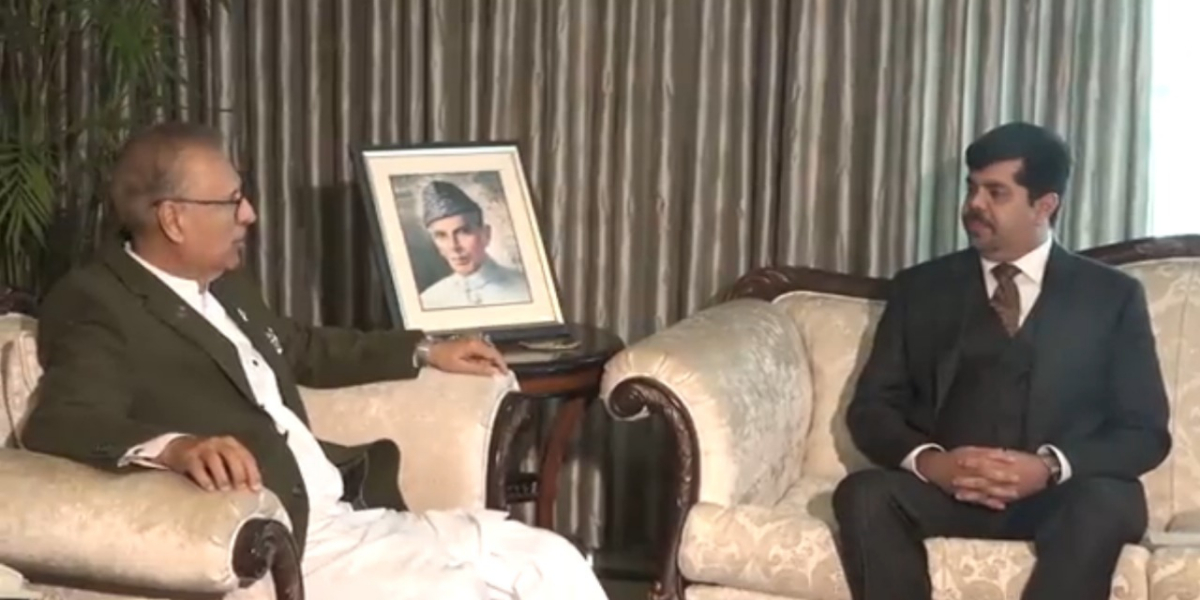 President Dr. Arif Alvi has emphasized the need to substantially increase the bilateral trade volume between Pakistan and Serbia.

According to the details, Pakistan’s ambassador-designate Ali Haider Altaf met with President Arif Alvi in ​​Serbia, in which the need to substantially increase the bilateral trade volume between Pakistan and Serbia was emphasized.

Arif Alvi said that there is a need to promote trade activities between the two countries, the potential of trade and economic cooperation between Pakistan and Serbia should be fully exploited.

‘Pakistan has a favorable environment for investment’

The President said that new ways of cooperation should be found in various fields including higher and technical education, IT and culture. Pakistan has a favorable environment for investment.

He said that there are many opportunities for cooperation between Pakistan and Serbia in various fields including industry and trade, renewable energy.

Dr. Arif Alvi further said that the opening of the Serbian mission in Islamabad will facilitate business and public relations.

On this occasion, the President congratulated Ali Haider Altaf on his appointment as Pakistan’s ambassador-designate in Serbia and said that it is hoped that the ambassador-designate will intensify the efforts of the Pakistani mission to improve relations between the two countries.

Unnecessary politics is being done on the appointment of Army Chief, Bilawal Bhutto
Imran Khan’s sons left for London
Comment