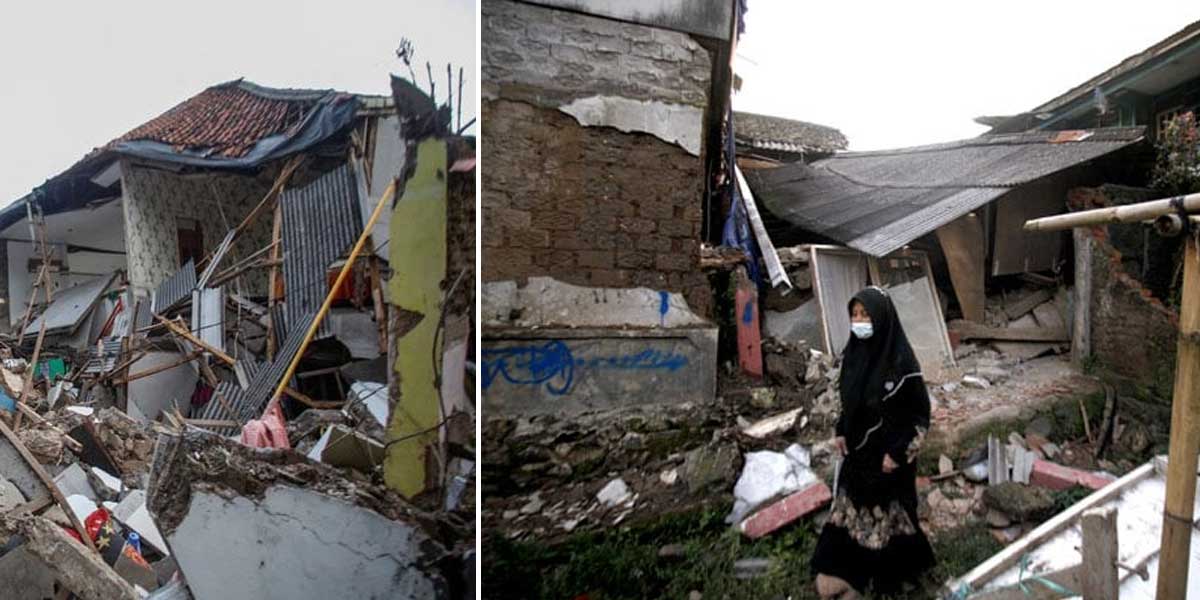 As a result of the 5.6-magnitude earthquake in the Indonesian island of Java, 252 people have died so far, including a large number of children, while more than 700 people have been injured.

According to a survey, the magnitude of the earthquake was recorded at 5.6 on the Richter scale and the epicenter was 75 kilometers southeast of Jakarta at a depth of 10 kilometers. The earthquake was so strong that its tremors were felt even in the capital Jakarta.

According to local media, many buildings in Jakarta also shook for 3 minutes and some were evacuated.

Several schools were also destroyed in the earthquake, due to which dozens of children were killed. Hospitals have run out of space due to the high number of casualties and casualties.

Many people are still buried under the rubble of buildings. Dead bodies are being found during rescue operations. The death toll is expected to increase due to the critical condition of more than a dozen of the injured.

According to the governor of West Java, 252 people have died due to the earthquake, while more than 700 have been injured and more than 2,200 houses have been damaged.

It should be noted that earthquakes are common in Indonesia, a country consisting of islands, while 120,000 people were killed as a result of the devastating tsunami in 2004. In 2018 too, more than 500 people lost their lives and 3 lakh people were displaced.