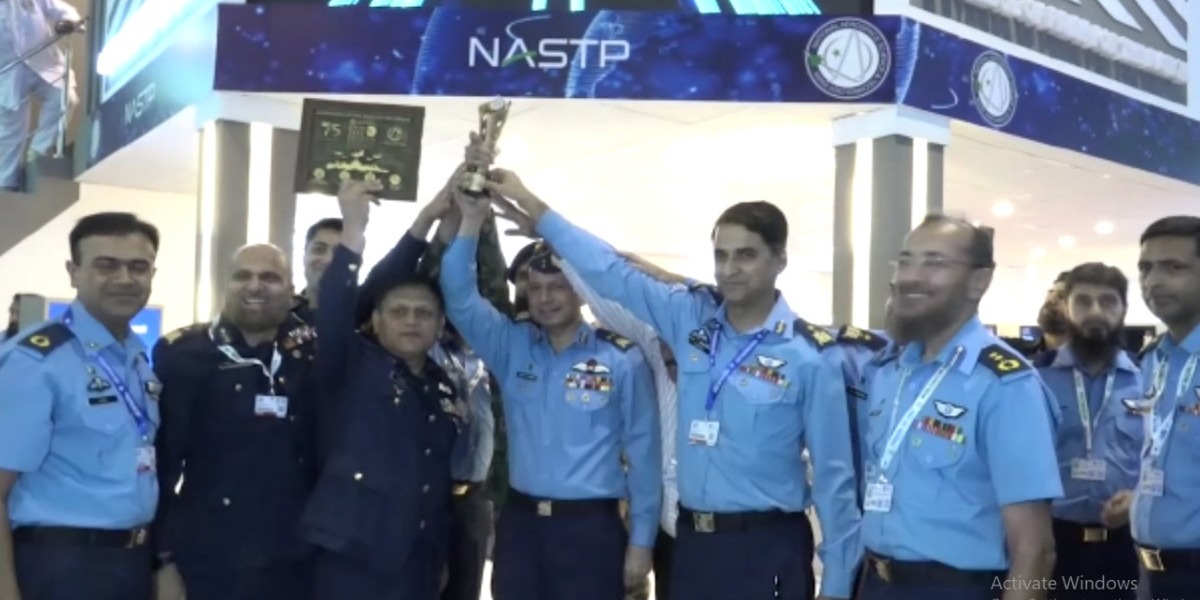 The spokesperson of Pakistan Air Force said that the National Aerospace Science and Technology Park project will provide an excellent environment.

In this regard, the spokesman said that the eleventh edition of the International Defense Exhibition and Seminar, Ideas-2022, concluded today at the Karachi Expo Center, the National Aerospace Science and Technology Park Project NASTP stall of Pakistan Air Force was the most decorated in the event. Gaia Staal’ was awarded as a testament to the hard work and commitment of the Pakistan Air Force team.

The spokesman said that project NASTP, which became the center of attention in the exhibition, received great appreciation from guests and foreign dignitaries during the four-day show of Ideas-2022.

The spokesman said that the NASTP project was completed in record time thanks to the self-initiatives of the Chief of the Pakistan Air Force. It will provide an ideal environment equipped with essential elements.

The spokesperson of Pakistan Air Force said that 285 foreign delegations from 64 countries participating in Ideas-2022 reflect the international importance of this exhibition.

The spokesman said that NASTP’s success in Ideas-2022 is just the beginning of the journey towards the milestone that the project will cross in the coming decades. This mega event provided an opportunity to introduce national level projects of Pakistan Air Force to guests from different countries and also encouraged foreign bilateral defense cooperation.

PTI gets permission to rally from Coral Chowk to Rawat, NOC issued
Joint operation of Rangers and Police, most wanted accused arrested
Comment