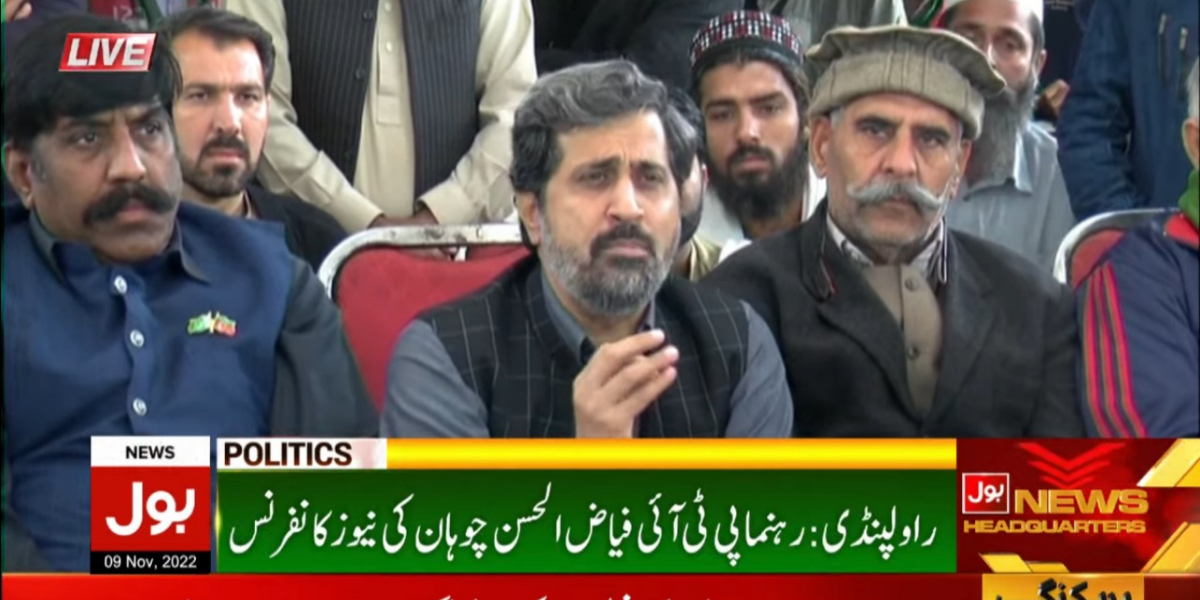 Pakistan Tehreek-e-Insaf (PTI) leader Fayyaz-ul-Hasan Chauhan has said that the nation will not accept those who run away on the pretext of platelets.

Speaking to the media in Rawalpindi, Fayyazul Hasan Chauhan said that today is the third day of our sit-in in Rawalpindi, despite the cold and rain, PTI and Imran Khan workers are here.

He said that Imran Khan is in politics today because of Iqbal’s concern, Imran Khan is trying to wake up the nation with Iqbal’s theory of self-realization.

The PTI leader said that Imran Khan has proved by taking bullets that he is a leader and not a jackal, Imran Khan has not run away and is present in front of the nation.

They say that Imran Khan proved that he is a real leader by practically sacrificing, Imran Khan is ready to make any kind of sacrifice for the nation.

The PTI leader said that the Punjab government has sent three names to the federation for IG Punjab, but no decision has been taken on it despite the passage of 24 hours.

He says that the federal government is insisting that Faisal Shahkar should remain as IG Punjab, our demand is that the Chief Minister should implement the names given for Punjab, accept one of them and fulfill his responsibility.

Fayyazul Hasan said that the protest sit-in will continue until Imran Khan’s FI is registered. Imran Khan never spoke against the army.

The PTI leader said that the appointment of Army Chief is not a problem of Imran Khan and PTI, Imran Khan is the leader who gets 85% support of the people.

He said that the rise in inflation in Pakistan has made it impossible for the people to live and die. The US President makes a statement regarding nuclear assets and Bilawal defends it.

Fayyazul Hasan Chohan further said that India’s nuclear program is not safe, it is never discussed, what we are playing is the match of a lifetime.

Tribute to Allama Iqbal, Prime Minister and President of the country
Another rain system is set to enter the country
Comment