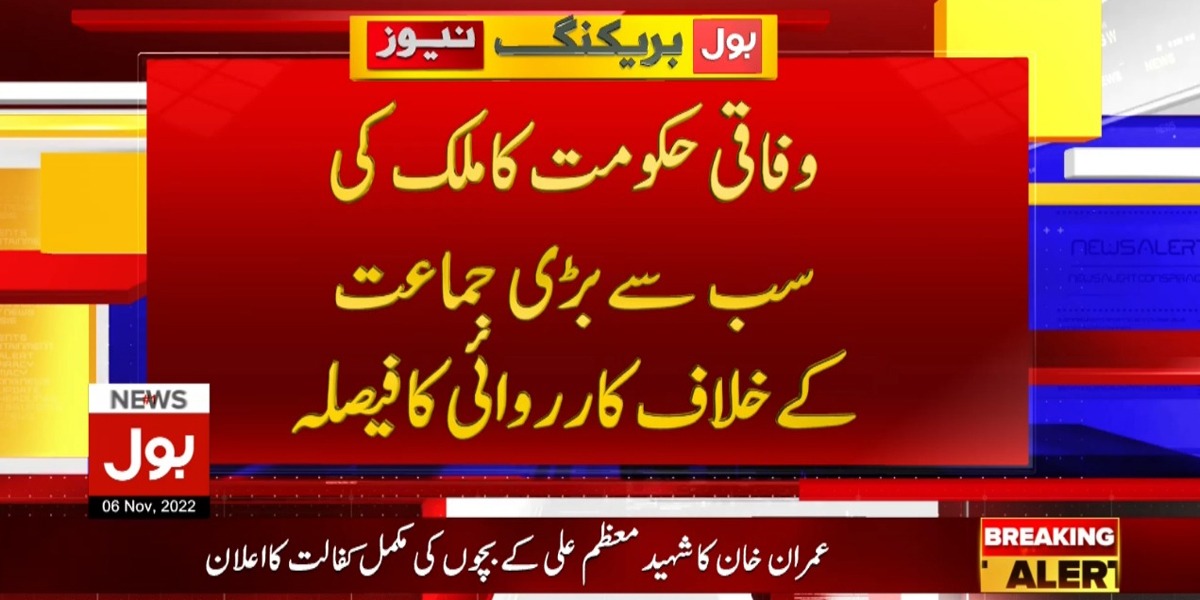 The federal government has decided to take action against the largest party in the country.

According to the details, an important meeting was held in Lahore under the chairmanship of the Prime Minister, in which the federal government, while justifying the statement of the spokesperson of the Pakistan Army, decided to take action against the leader of the country’s largest political party, Imran Khan, and his party friends and associates. decided.

The government has also formed a committee consisting of constitutional and legal experts.

Ghotki, 5 officials including DSP and SHO were martyred in the attack by dacoits
Imran Khan’s meeting with the family members of the martyred activist Moazzam, announcement of the sponsorship of the children
Comment