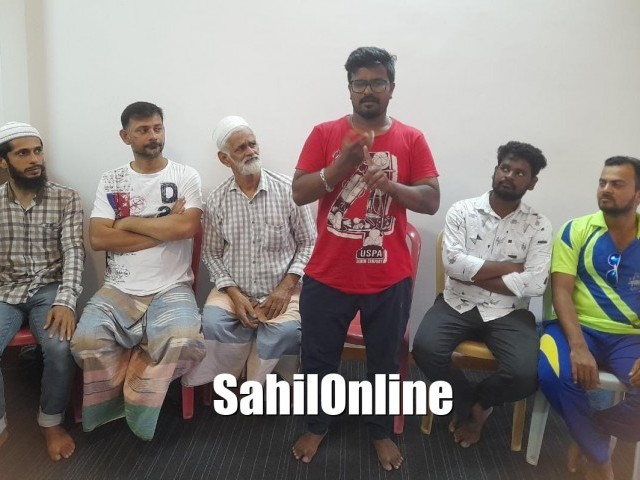 Bhatkal: November 15 (SO News) The 8th Karnataka State T20 Tennis Ball Cricket Tournament (Men and Women) has been organized in Bhatkal from 18 to 20 November 2022 under the auspices of Uttarkanda District Deaf Association, in which Deaf from different districts of the state participated. Teams consisting of players will participate. This information was given by the def officials of Bhatkal through a press conference.

In the press conference, the officials of the Deaf Association said that under the guidance of Karnataka Sports Federation of Deaf Bengaluru, a tennis-ball cricket tournament is being organized so that Deaf youth like us can demonstrate their skills. This tournament will be separate for men and women. The first prize for men is Rs 25000 and the second prize is Rs 15000, while the winning team of the women team will be given first prize Rs 8000 and second prize Rs 5000. Apart from this, awards for Man of the Match, Woman of the Match and Best Batsman, Best Bowler and Best All-rounder after the final will also be given. Cricket teams from across Karnataka will participate in the tournament. A total of 32 matches will be played in the tournament which will be played in 2 fields.

The opening ceremony of the tournament will be held on November 18, 2022 at 10 am at Anjuman Ground, Anjumanabad. State Minister for Labor Shivram Hibar will inaugurate the tournament, Assistant Commissioner Mamata Devi and MLA Sunil Naik will be the chief guests. Similarly, the award ceremony will be held on November 20, 2022 at 5 pm at the Taluk Stadium (YMSA Ground). Ex-member of the Assembly Mankal Vaidya will preside, and Member of the Assembly Sunil Naik will inaugurate the program by lighting the lamp. Majlis Islah Watanzim Bhatkal President Inayatullah Shah Bandari will participate in this event as a special guest.