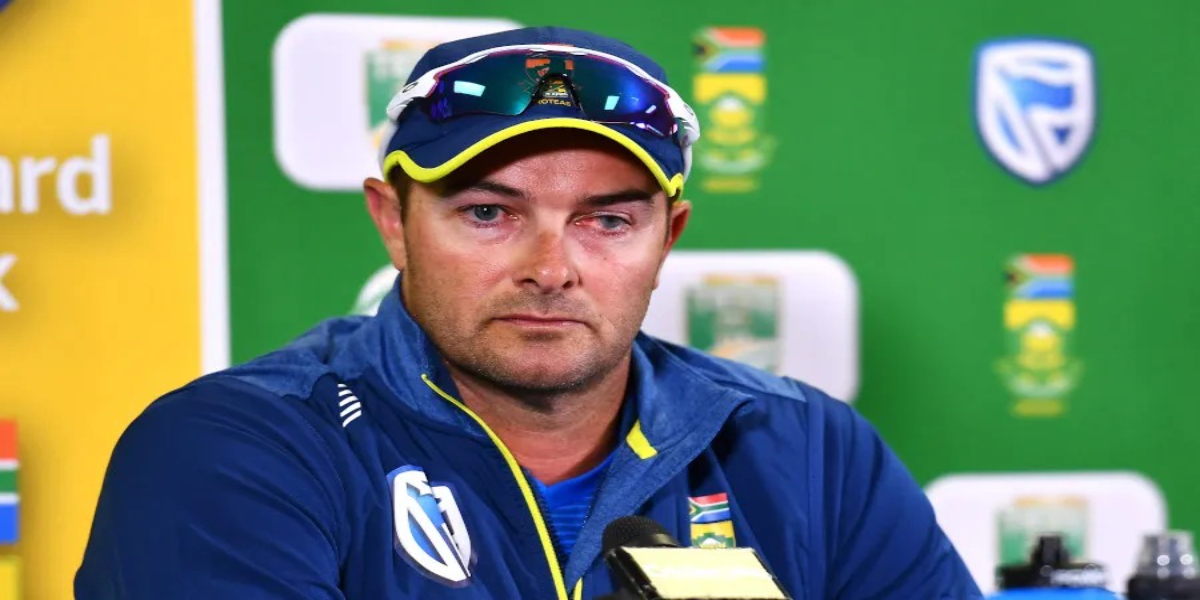 After the upset defeat against the Netherlands in the important match of the T20 World Cup, the head coach of South Africa, Mark Boucher, explained the reason for the defeat.

According to details, South Africa’s T20 World Cup campaign ended in heartbreak as the Proteas suffered a crushing defeat against the Netherlands at the Adelaide Oval today.

The World Cup campaign, which started on a promising note after the Proteas defeated Bangladesh and India, ended on a disappointing note as the team continued its losing streak at key occasions in ICC events. .

The Proteas were defeated by 13 runs in this crucial match, South African head coach Mark Boucher spoke about his team’s defeat in the post-match press conference.

“It feels like we played this match in our sleep and by the time we woke up, the match was out of our hands,” said Mark Boucher.

The head coach said that if you look at this match, the way we started the game, it felt like our energy was gone.

“I haven’t had a chance to talk to the team members yet to find out where they went wrong,” said Mark Boucher.

“I think our plans were there but we didn’t execute them enough,” the Proteas head coach said. I thought if you look at the game as a whole, I think the Netherlands outplayed us with the bowling.

Mark Boucher said that the Netherlands bowled with good planning, bowling on the long side.

It should be noted that this was Boucher’s last match as the head coach of the Proteas men’s team. The former wicketkeeper will now coach Mumbai Indians in the Indian Premier League.

T20 World Cup: Defeat Zimbabwe, India in Semi-Finals
T20 World Cup; Which team will compete with whom in the semi-finals? – Bol news
Comment