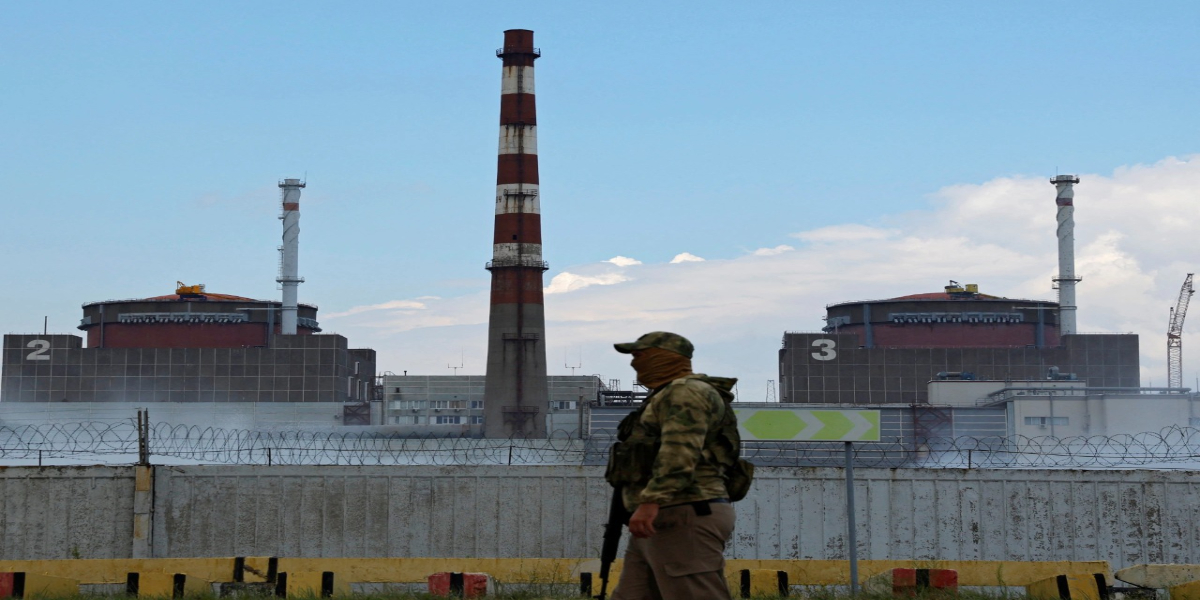 Russia has shelled the Zaporizhzhia nuclear power plant in the Russian-controlled territory of Ukraine.

The International Atomic Energy Agency also strongly condemned the shelling by the Russian forces and said that the reports received by our team from Ukraine are disturbing.

It should be noted that the Zaporizhia Nuclear Power Plant in Kyiv, Ukraine, is the largest nuclear site in Europe, which has been accused of shelling by Russian forces.

An adviser to the Ukrainian presidency says Kyiv is resisting Western pressure to negotiate with Moscow after several major military victories.

According to the report of the American newspaper, Russia has reached an agreement with Iran to start the production of hundreds of unmanned weapons aircraft on Russian soil.

Ukraine says that Russia is once again endangering the whole world.

The management of the Zaporizhzhia nuclear power plant said on Telegram that the list of destroyed equipment showed that the attackers had deliberately targeted and disabled the plant’s infrastructure.

According to the management, work is underway to rehabilitate the 5th and 6th power units of the plant, in order to restore electricity production for Ukraine’s needs.

On the other hand, Russia’s nuclear power operator Rosnergauttom blamed the shelling on Kyiv, while the military described it as provocation.