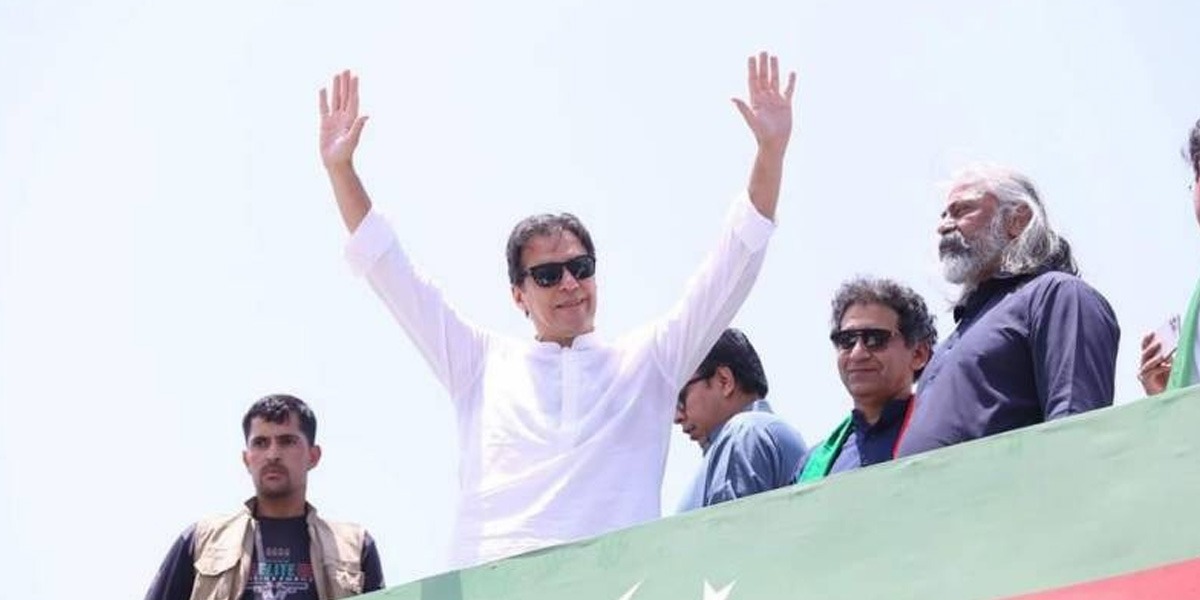 Pakistan Tehreek-e-Insaf has announced a sit-in at Faizabad from November 26.

According to the details, senior leader of Pakistan Tehreek-e-Insaaf Asad Umar while talking to the media said that the camp will be set up in Faizabad from Friday morning, but if Imran Khan asked to stop it on November 26, the workers will be stopped.

He said that the news was coming that a plan was being made to kill Imran Khan for which strict security arrangements were being made because Imran Khan wanted no wall between him and the people.

He further said that if the government had paid attention to the people, the economy would not have been destroyed, but today the problems of the people are increasing due to the destruction of the economy and the only way out of the political chaos is the announcement of elections.

PTI’s announcement to hold a meeting at Faizabad, request for permission submitted

It has been announced by Pakistan Tehreek-e-Insaf to hold a historic gathering on November 26 at Faizabad.

In this regard, Tehreek-e-Insaf officially submitted an application to the Islamabad administration, which was submitted by Ali Nawaz Awan.

The petition states that Tehreek-e-Insaf will hold a public gathering at Faizabad on November 26, during which the helicopter of Chairman Tehreek-e-Insaf Imran Khan will land at the parade ground in Islamabad.

It has been stated in the petition that on November 18, with the permission of the Islamabad administration, we had taken out a rally from Coral Chowk to Chak Belly Mor Rawat following all the rules and all the meetings of Tehreek-e-Insaaf were held peacefully.

He clarified that he is organizing a peaceful and democratic public gathering in Rawalpindi on November 26 and seeks permission from the Islamabad administration for all the peaceful rallies of Tehreek-e-Insaaf to reach Faizabad.

However, the landing of the helicopter of Tehreek-e-Insaf Chairman Imran Khan should also be allowed at the parade ground.

The administration in the federal capital has issued a special plan for relief organizations while issuing a high alert.

In the post, on the instructions of the administration, MCI Care 1122 has been instructed to remain alert while the concerned officers and staff have been ordered to keep their mobile phones on 24 hours during the long march.

Ambulances, paramedical staff, concerned officers have been assigned responsibilities while the security and transport section have also been instructed to implement a special plan and the duty roster of all concerned staff and officers has also been issued.

During the long march, 4 officers will be on long march duty while the Deputy Director and Security Supervisor have been instructed to remain on duty.

Transport Foreman and Medical Store Officer will also remain on duty and the concerned staff will remain alert during the long march and monitor the surrounding environment.

During the PTI protest, the gates of the Emergency Staff Centers will be kept locked and unauthorized persons will not be allowed to enter the Emergency Response Center.

It has been clarified in the post that strict action will be taken against those who do not follow the instructions.

Fawad Chowdhury got dengue
The plan to kill the captain has failed but his life is still in danger, Sheikh Rasheed
Comment