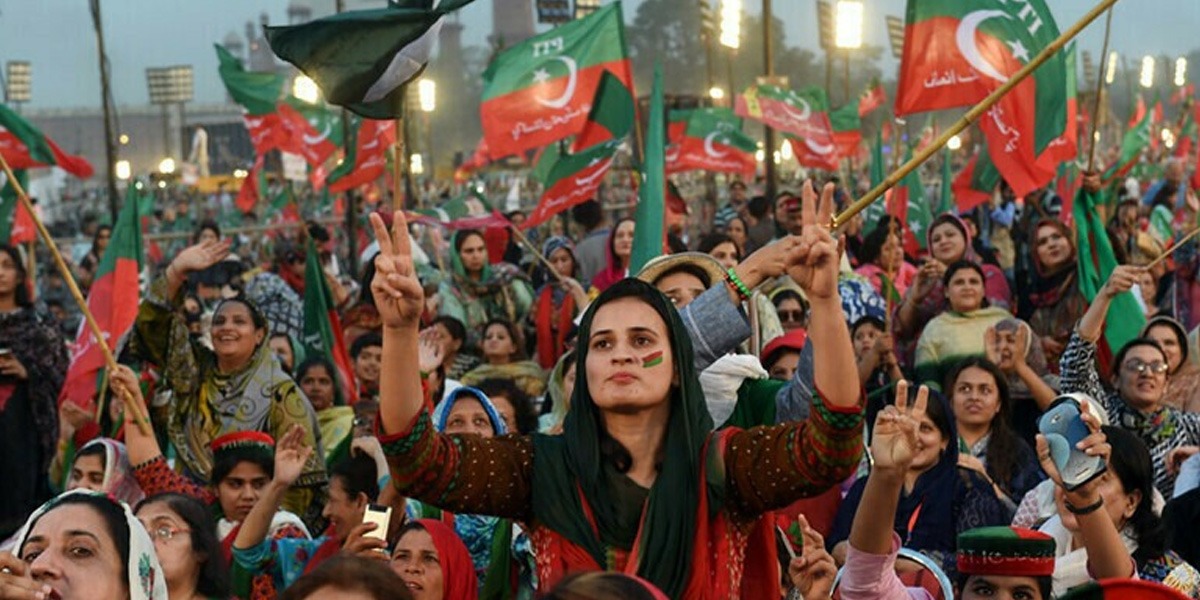 On behalf of the administration, Pakistan Tehreek-e-Insaaf has been given permission to hold a meeting in Faizabad on November 26.

According to the details, after agreeing on 56 conditions with PTI, permission has been issued to the Deputy Commissioner Rawalpindi for the rally to be held in Faizabad on November 26.

In this regard, conditions have been set for the meeting between Wasiq Qayyum Abbasi and Deputy Commissioner Rawalpindi, while security measures will be taken after the recent threats to the leadership and the Jalsa administration will not enter any boundaries except the Jalsa Gah.

The administration will ensure that Imran Khan will not use any other route apart from the mentioned route while no worker will be present at the end and no worker will be kept in Allama Iqbal Park on the night of the rally.

Apart from this, the PTI leadership will deploy volunteers at the entrances while the volunteers will have security jackets and badges and lady volunteers and women police will be present to search the women workers.

Weapons will be completely banned in the meeting place, fireworks will also be banned, while traffic police will be cooperated with for parking of vehicles and the police hour administration will give threat alerts from time to time.

The distance between the stage and the participants should not be less than 80 feet while no one except the law enforcement agencies will be allowed to enter the security zone.

According to the conditions, anti-state sloganeering, anti-institutions and anti-judiciary speeches will be banned and the flag of any political party will not be burnt.

No wall chalking will be done around the meeting hall and proper lighting will be provided in the venue, apart from this, the meeting management will be obliged to provide the video recording of all the meeting without editing.

The Jalsa administration and law enforcement agencies will be responsible for the security of the VIPs, however, in case of violation of the conditions, legal action will be taken against the Jalsa organizer.