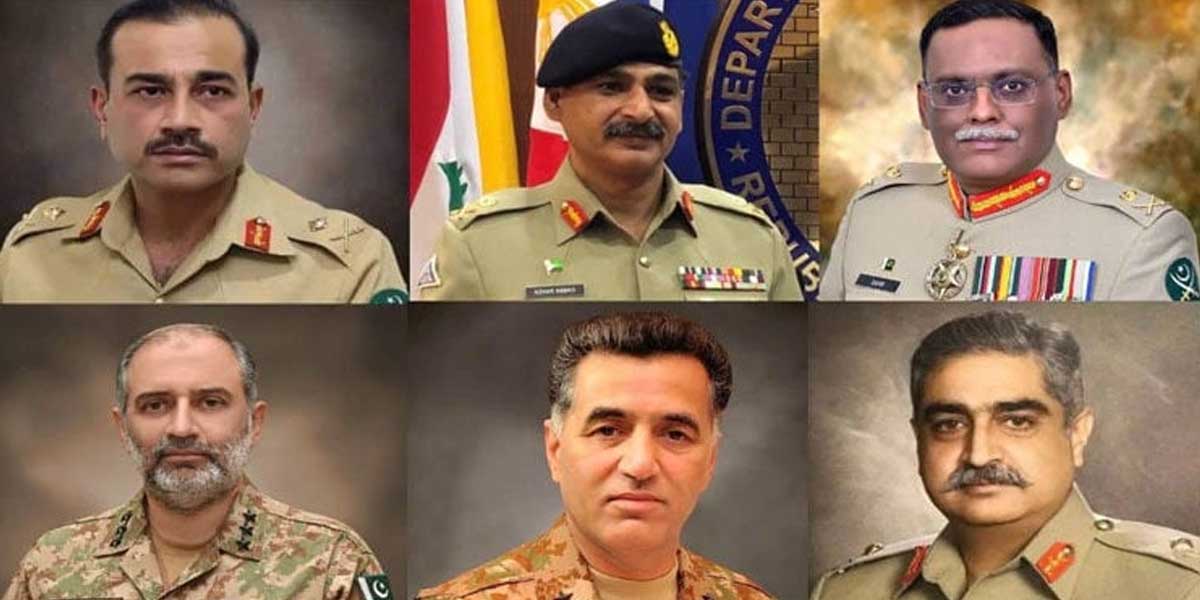 DG ISPR says that the summary for the appointment of the Army Chief has been sent to the Prime Minister House, which includes the names of 6 senior lieutenant generals of the Pakistan Army.

GHQ has forwarded the summary for selection of CJCSC and COAS, containing names of 6 senior most Lt Gens to MoD.

Spokesman of Pakistan Army said that the names of 6 senior officers of Pakistan Army are included in the summary for the appointment of Army Chief and Chairman Joint Chiefs of Staff Committee.

Earlier, the sources said that the summary regarding the appointment of the Army Chief has been received by the Prime Minister House, which includes the names of 6 senior officers of the Pakistan Army.

Sources further said that the third name in the summary is that of Lt. Gen. Azhar Abbas, the fourth is Lt. Gen. Nauman Mehmood, the fifth is Lt. Gen. Faiz Hameed and the sixth is Lt. Gen. Muhammad Amir.

It should be noted that the detailed profile of all the officers has also been included in the summary and Prime Minister Shahbaz Sharif will select the new army chief and chairman of the Joint Chiefs of Staff Committee from the names in the summary.

The Prime Minister has not yet received the summary.. Inshallah
Receipt of the summary in the PMO will be confirmed at the time.

Those who consider politics as a business have made the state a joke, Babar Awan
If Malakund is not given peace, people will turn to Islamabad or Peshawar, Sirajul Haq
Comment