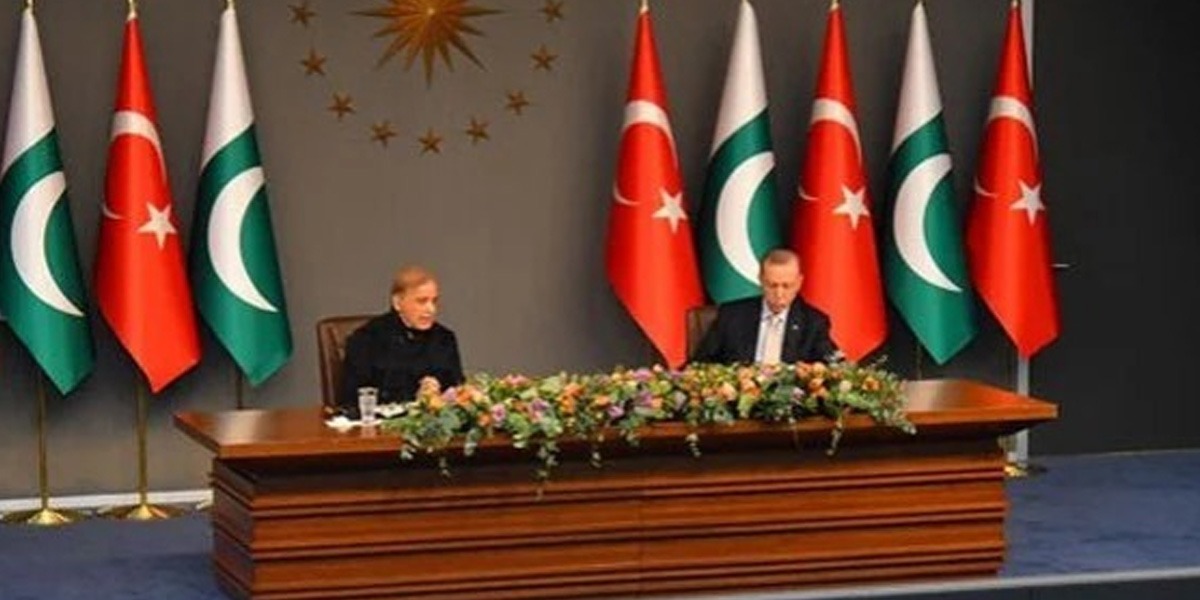 The Prime Minister has said that Pakistan and Turkey are united against terrorism.

The Prime Minister said that Pakistan is determined to further promote cooperation in various fields including bilateral trade with Turkey. Globally, the prices of commodities have increased tremendously.

He also said that Pakistan is advancing the CPEC project together with China, the completion of CPEC will start a new era of development and prosperity of the region.

Prime Minister Shehbaz Sharif further said that he invites Turkish investors to invest in Pakistan, there are vast investment opportunities in Pakistan.

On this occasion, President of Turkey Recep Tayyip Erdogan said in a press conference that today we jointly launched PNS Khyber, we have completed many projects together with Pakistan.

He said that both the countries have a long-standing brotherly relationship and will help Pakistan in every possible way against terrorism.

Rajab Erdogan said that we have helped the Pakistani flood-affected brothers and sisters in every possible way, increasing bilateral trade is among our priorities.

Turkish President Recep Tayyip Erdogan further said that Pakistan and Turkey supported each other in every difficult time, both countries have the same position on international forums.

PTI has not been invited for talks, has suggested to read the writing on the wall, Home Minister
Turkey to be part of CPEC, ready to talk to Chinese friends, Prime Minister
Comment