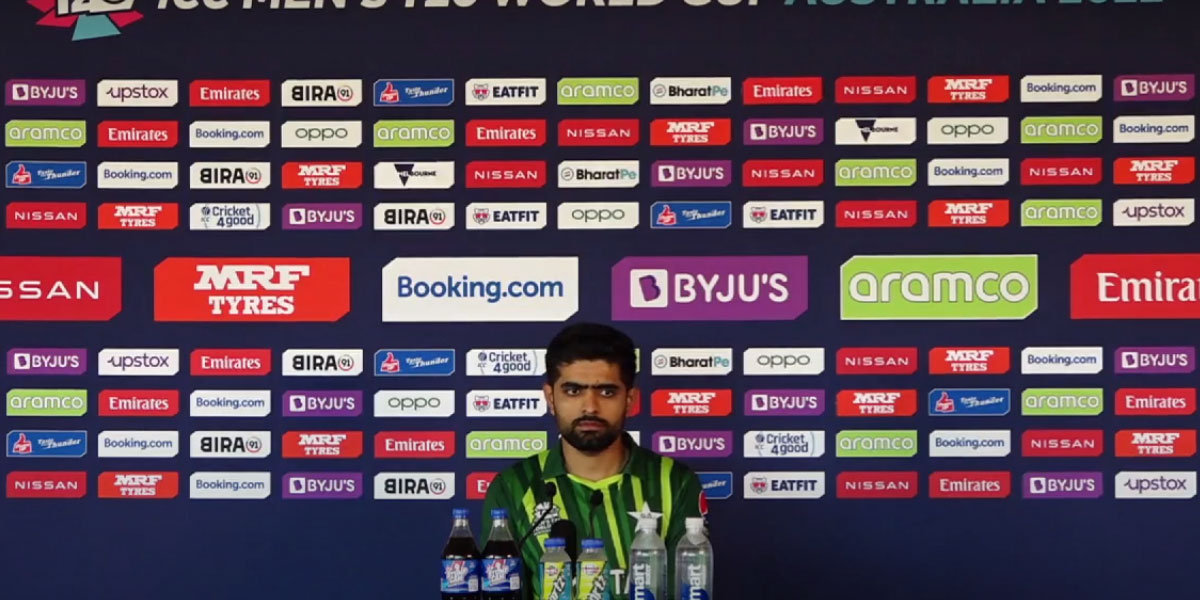 The captain of the national cricket team, Babar Azam, says that he is not nervous, but the pressure of the final is definitely there, he will try not to take pressure.

While giving a press conference before the T20 World Cup final in Melbourne, captain Babar Azam said that this World Cup is being compared to the 1992 World Cup, all the players are excited.

He said that the tournament did not start well but then made a good comeback. The players played like lions.

The captain of the national cricket team said that the England team is the best team, we had a home series with them recently. In the final, one hundred percent will be presented.

Babar Azam further said that the importance of the toss is not much, the first six overs will be very important.

Regarding Mohammad Haris, the captain of the national cricket team said that he is young and does not think that he is playing the World Cup. He did not take the pressure of the World Cup and batted well.

Regarding the forecast of rain in Melbourne, Babar Azam said that the weather is not in our hands, we pray that the match will be completed and not affected by rain.

He added that we have to follow the plan we have made. Our faith is in Allah and we have complete trust. Our job is to work hard, the result is in the hands of Allah.