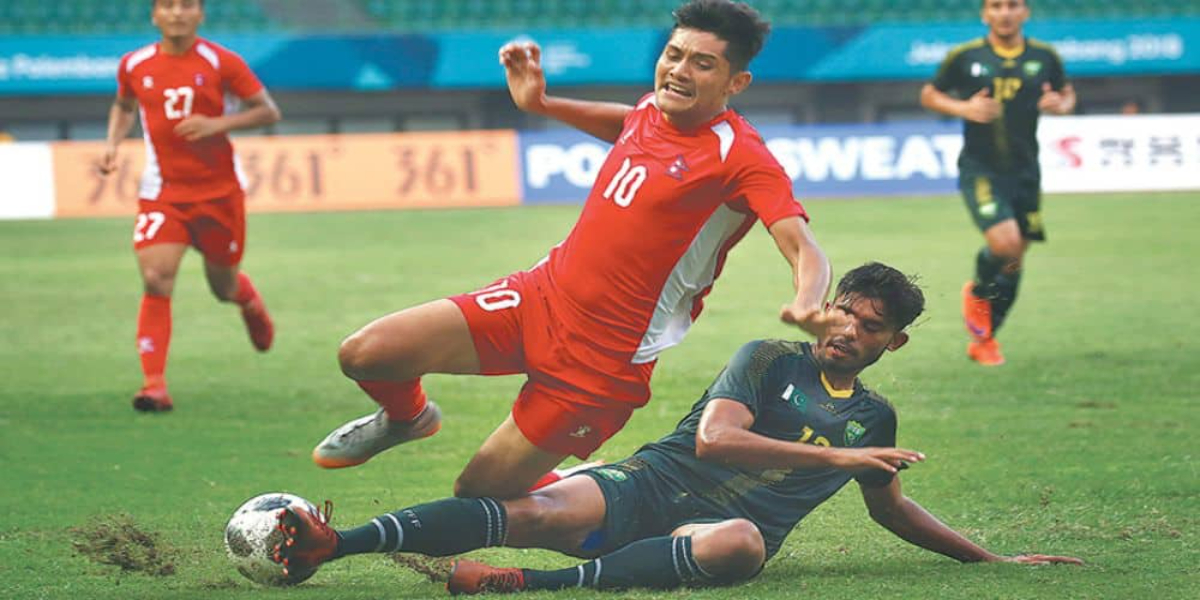 In a friendly match held in Kathmandu, the capital of Nepal, Nepal defeated the Pakistan football team by one zero.

According to the details, after returning to the international football circuit, the Pakistan football team played a match against Nepal today at 4 pm Pakistani time, in which they faced defeat.

In this match held at Dasharath Football Stadium in Kathmandu, the capital of Nepal, the Pakistani football team was led by Hasan Bashir while Naib Muhammad Umar Hayat was the vice captain.

Anjan Basta scored the only goal of the match on behalf of Nepal in the 83rd minute of the match and made his team successful in this match.

It should be noted that the Pakistan team, which returned to the international football circuit, played the match after a long gap of four years.

This was the 16th match between Pakistan and Nepal teams. Earlier, Pakistan won 7 and lost 4 while 5 matches were drawn.