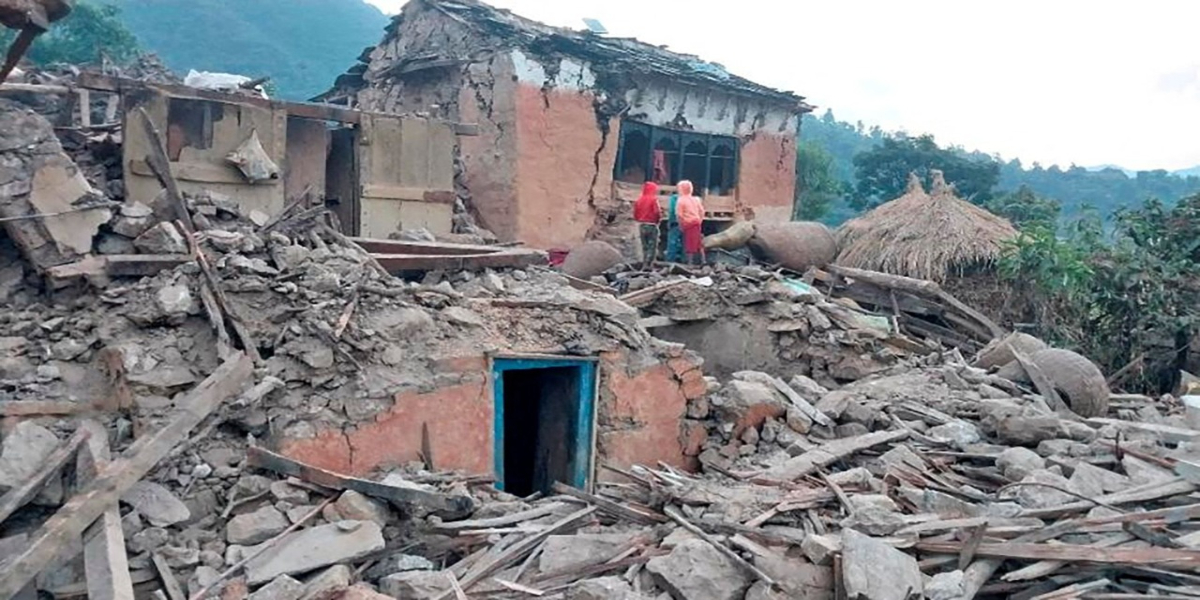 In the last 24 hours, three earthquakes shook the western part of Nepal, 6 people were killed due to the earthquake.

According to the details, 6 people were killed and several injured in the 6.6 magnitude earthquake in western Nepal, while people are in fear due to three earthquakes in the area in the last 24 hours.

According to foreign media, the earthquake in the western region of Nepal caused several houses to collapse and damaged the electricity and communication systems, and 6 people were killed and many others were injured.

Nepalese authorities say that this is the third earthquake to hit the region in 24 hours. Officials say that the magnitude of the earthquake was recorded at 6.6 on the Richter scale.

The tremors of the earthquake in Nepal were also felt in the Indian capital New Delhi and the surrounding areas.

In New Delhi, people came out in the open spaces in fear of the tremors of the earthquake. Relief operations are underway in the earthquake-affected areas of Nepal.

Nepal’s Prime Minister Sher Bahadur Deoba expressed his condolences to the families of the victims on Twitter.

Nepal’s Prime Minister Sher Bahadur Deoba wrote that I have ordered the relevant agencies to provide immediate relief to the affected areas and have issued instructions for the treatment of the injured.