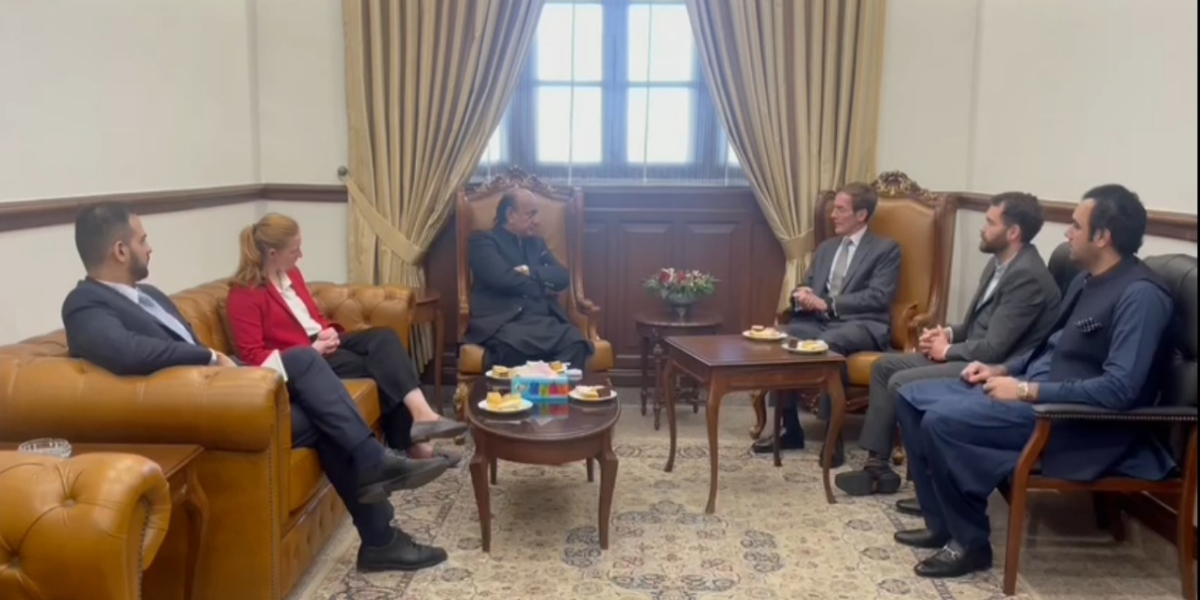 Lahore: A British diplomatic delegation met with Minister of Parliamentary Affairs Raja Basharat in which bilateral issues and the overall situation of Pakistan were discussed.

According to the details, Richard Lindsay, in-charge of the British Foreign Office’s Pakistan Desk, led the meeting.

Talking to the delegation, Raja Basharat said that Chief Minister Punjab Pervaiz Elahi’s focus is only on the development of the province, a record legislation was enacted in Punjab.

Minister of Parliamentary Affairs says that PTI wants early general elections in Pakistan, people have been on the streets for 15 days, enthusiasm has not decreased, Imran Khan’s popularity is increasing day by day.

‘The popularity of Nawaz Sharif and Imran Khan is not comparable’

He said that there is no comparison between the popularity of Nawaz Sharif and Imran Khan, Imran Khan’s agenda is the rule of justice and accountability.

Raja Basharat said that Imran Khan is a supporter of national autonomy and against external dictation, the economic situation of Pakistan was much better during Imran Khan’s tenure.

Parliamentary Affairs Minister further said that the neutrality of the current Election Commission has been questioned, Imran Khan can deal with the international community in a better way.

On the other hand, British Foreign Office in-charge Pakistan Desk Richard Lindsay said that Chairman Imran Khan was deeply shocked by the attack.

Richard Lindsay further said that Britain wants the development and stability of Pakistan.