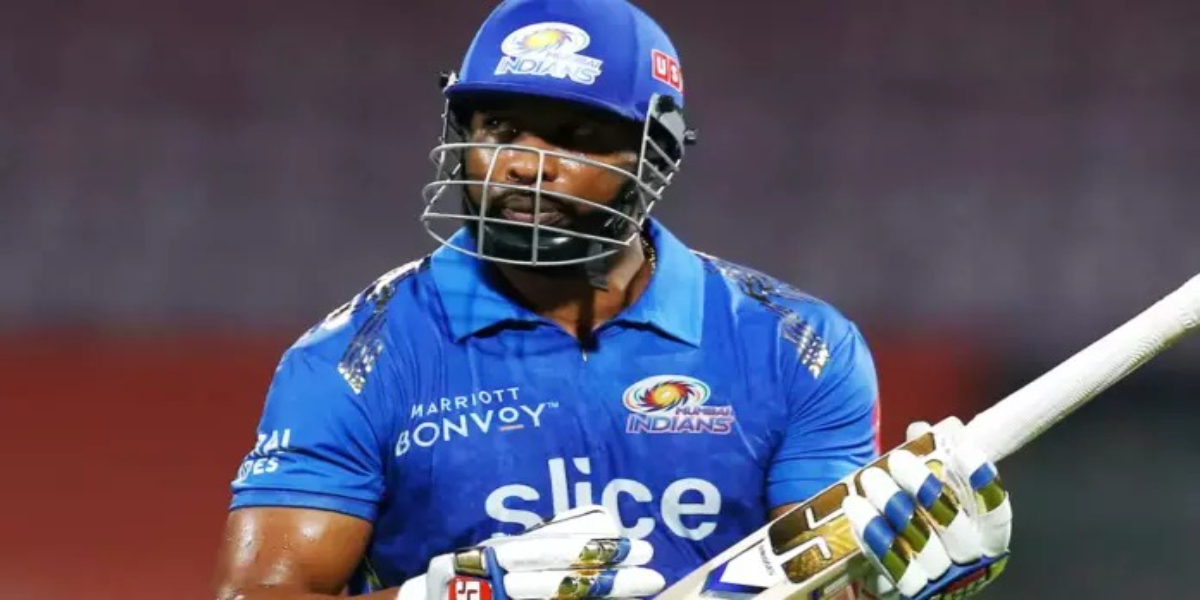 Mumbai Indians all-rounder Kieron Pollard, who stunned fans with his towering sixes, has retired from the IPL.

According to Indian media reports, West Indies’ Kieron Pollard entertained the IPL audience for 13 seasons while playing for Mumbai Indians.

Kieron Pollard, popularly known as ‘Polly’, has been playing for Mumbai Indians since 2010, and will continue to be associated with the team as batting coach even after his retirement.

Mumbai Indians owner Nita M Ambani said that Pollard has played a key role in the success of Mumbai Indians. He has been a part of teams that have won the Champions League trophy and all 5 IPLs.

Nita M Ambani said that Pollard’s magical game will no longer be seen on the IPL grounds, but will be happy to continue playing for MI Emirates and mentoring young players as MI’s batting coach. will do I wish them all the best.

On Kieron Pollard’s retirement, Akash Ambani said Pauly has left a mark as one of Mumbai Indians’ best players. Every time he stepped on the field, the faces of the fans lit up.

Akash Ambani added, “Pollard played cricket with passion. I am happy that Pollard will continue to be a part of the MI family as the batting coach of Mumbai Indians and as a player for MI Emirates and Mumbai Indians, Wankhede Stadium and Paltan Ground.” I will miss them.

After announcing his retirement from the IPL, Kieron Pollard said, “It has not been easy, but I think Mumbai Indians need a change.

According to Kieron Pollard I can’t play against MI because once you play MI you are always in MI. I am extremely proud and honored to have represented the biggest and most successful IPL team in the last 13 seasons.

Kieron Pollard played 211 IPL and Champions League matches for Mumbai Indians in which he scored 3915 runs at a strike rate of 147.

Kieron Pollard is a good economical bowler as well as batting especially when the team needs a wicket the most. He took 69 wickets in IPL which is enough to prove him as a good all-rounder.

Kieron Pollard was an excellent fielder on the field, taking 103 catches in the IPL and changing the course of many matches.