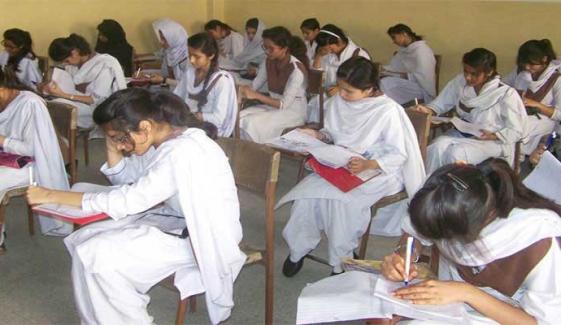 According to sources, the results of Intermediate Pre-Medical under the Board of Higher Secondary Education have been announced today, according to which the success rate in Pre-Medical was 58.77%.

According to the details, the results of the Intermediate Part II Science Pre-Medical Group Annual Examinations for 2022 have been announced today on Saturday, November 26, 2022 at 11 o’clock. The results have also been uploaded on the board’s website www.biek.edu.pk immediately after the announcement of the results.

According to the report of Bol News, a total of 24608 students had registered in the exams, out of which 24151 candidates appeared in the exams. Out of which 2 thousand six hundred and eighty four candidates who got A1 grade were successful, but this year the success ratio in pre-medical is said to be 58.77%.

This year, two students have secured the second and third positions simultaneously with equal marks