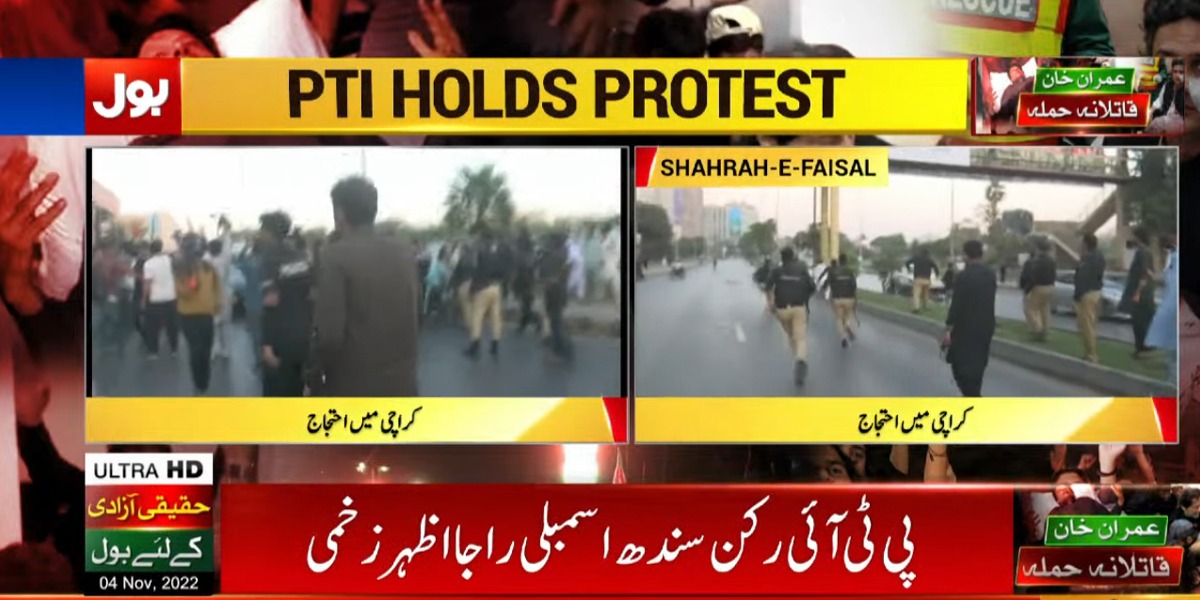 The Karachi police attacked the peaceful march of PTI, the police shelled and lathicharged the protestors as a result of which PTI Sindh Assembly member Raja Azhar was also injured.

The road from Jinnah Hospital to Shaara Faisal has been temporarily closed while the workers have also closed the other track of Shaara Faisal.

While trying to stop the workers near Regent Plaza, the police pelted the protestors, while the PTI workers started pelting stones at the police, while the women workers were also verbally abused by the police.

Protesters dispersed to avoid tear gas shelling and arrests, while protesters also gathered in large numbers near the FTC bridge.

An attempt was made to kill, 4 shots were fired, I will leave as soon as I recover, Imran Khan – Hum News
There may be armed people among the protesters, Islamabad Police Spokesman
Comment