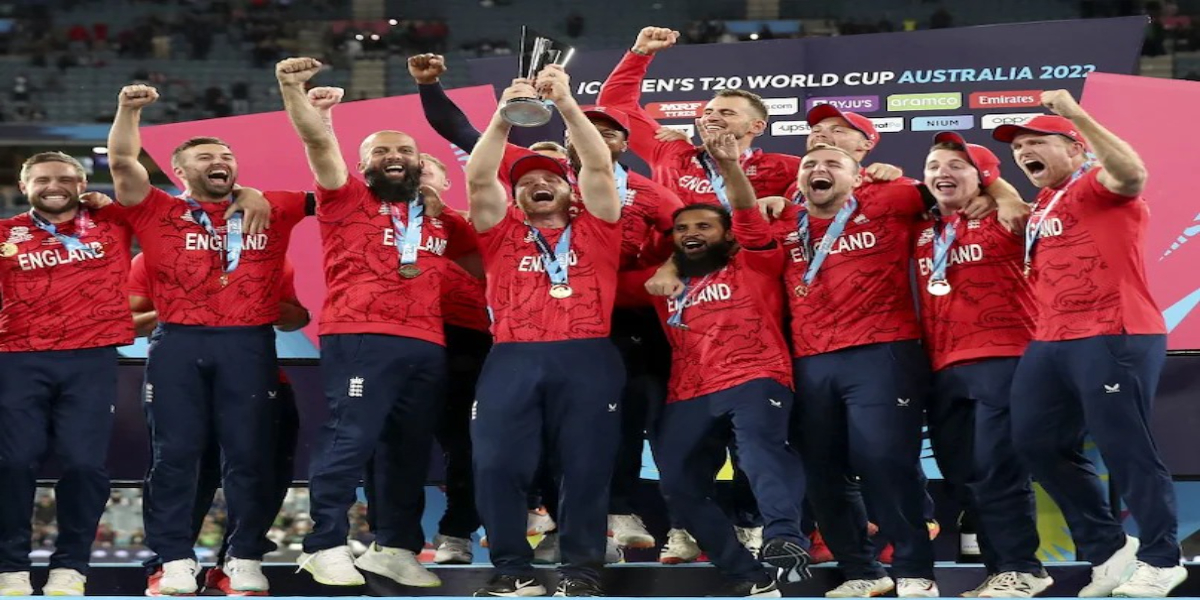 England captain Jos Buttler set a high example of religious tolerance while celebrating after winning the World Cup, a video of which has gone viral on social media.

According to the details, the England team celebrated the victory at the Victory Stand after winning the T20 World Cup final yesterday.

Respect for religious diversity is an essential element of any peaceful society.

Moeen Ali and Adil Rashid also waited a moment and came down from the Victory Stand, after which the rest of the England team celebrated by pouring champagne on each other.

Jos Buttler’s approach was well received by social media users, who praised Adil Rashid and Moeen Ali for respecting the religion of Islam.

It should be noted that England won the title for the second time by defeating Pakistan by 5 wickets in the T20 World Cup final at the Melbourne Cricket Ground yesterday.