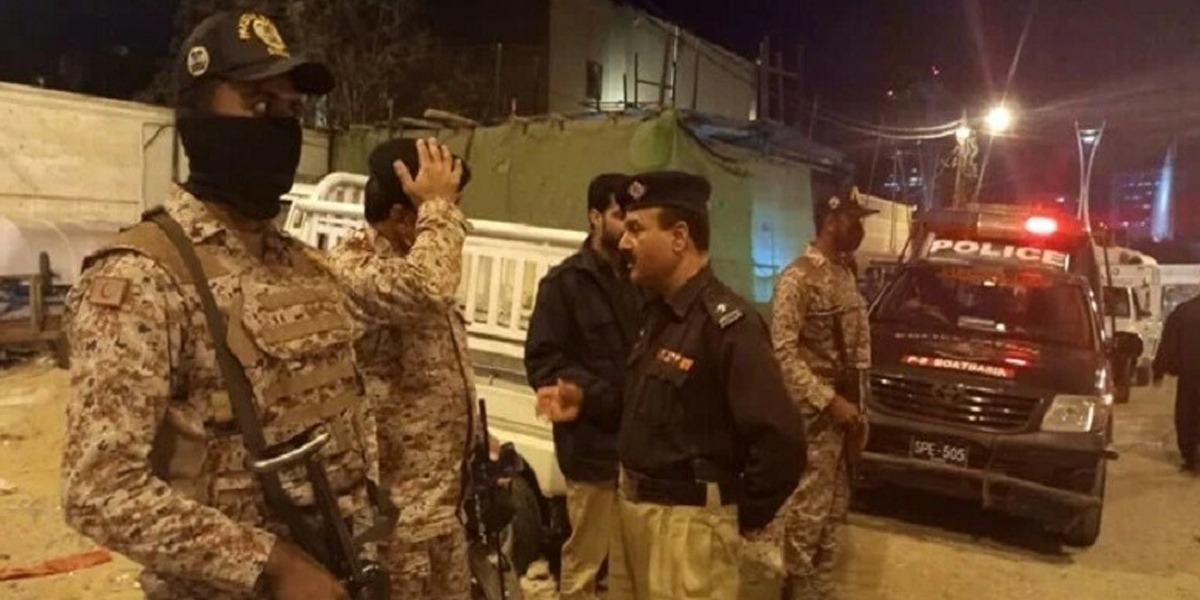 During a joint operation by Pakistan Rangers and Police, the most wanted accused Abdul Baqir alias Rehman Chhotu has been arrested.

According to the details, Pakistan Rangers (Sindh) and police have arrested the most wanted accused of Lyari gang war from Orangi Town, Baloch Goth area of ​​Karachi, while conducting a joint operation on the basis of intelligence information. Nation was also recovered.

The accused has been involved in aerial firing to extort extortion from various businessmen and builders of Lyari and spread fear in the area.

The accused further disclosed that he was also involved in the Lyari gang war and drug buying and selling for Rashid Chikna.

The accused has been arrested and jailed many times before, while raids are being conducted to arrest other accomplices of the accused.

The arrested accused along with arms and ammunition have been handed over to the police for further legal action.

Apart from this, the most wanted accused Mustafa has been arrested in an injured condition in the two-way exchange of fire between the operatives of the Lyari gang war and the police in Machhar Colony area of ​​Karachi.

In this regard, according to SSP Kemari Fida Hussain Januri, the police have arrested the most wanted accused Mustafa in an injured condition after the two-way fierce exchange of fire, while the accomplices of the accused managed to escape.

SSP Kemari says that the arrested accused was highly wanted by the police, whose presence in the jungle side mosquito colony was reported by the police at three o’clock in the night.

Cases have been registered against the accused in various police stations, while the accused who was injured in the police encounter has been shifted to the civil hospital for legal proceedings.

Cases are registered against the accused under the provisions of Sindh Arms Act and further investigation is going on.

On the other hand, two armed suspects have been arrested in an injured condition in a police encounter near Korangi 1 No. Mehr-ul-Nisaa Hospital in Karachi.

According to the police, two armed suspects were arrested in an injured state after a two-way exchange of fire between the police and the suspects near the Korangi Maharlansa Hospital.

Weapons, two pistol ammunition, four stolen mobile phones, and cash were recovered from the possession of the arrested accused.

Law enforcement action will be taken by the police. The arrested and injured accused have been shifted to the hospital for medical assistance. Further investigation is going on.

The National Aerospace Science and Technology Park project will provide an ideal environment, said the spokesperson of the Pakistan Air Force
Imran Khan has given me the responsibility of Sindh, Ali Zaidi
Comment