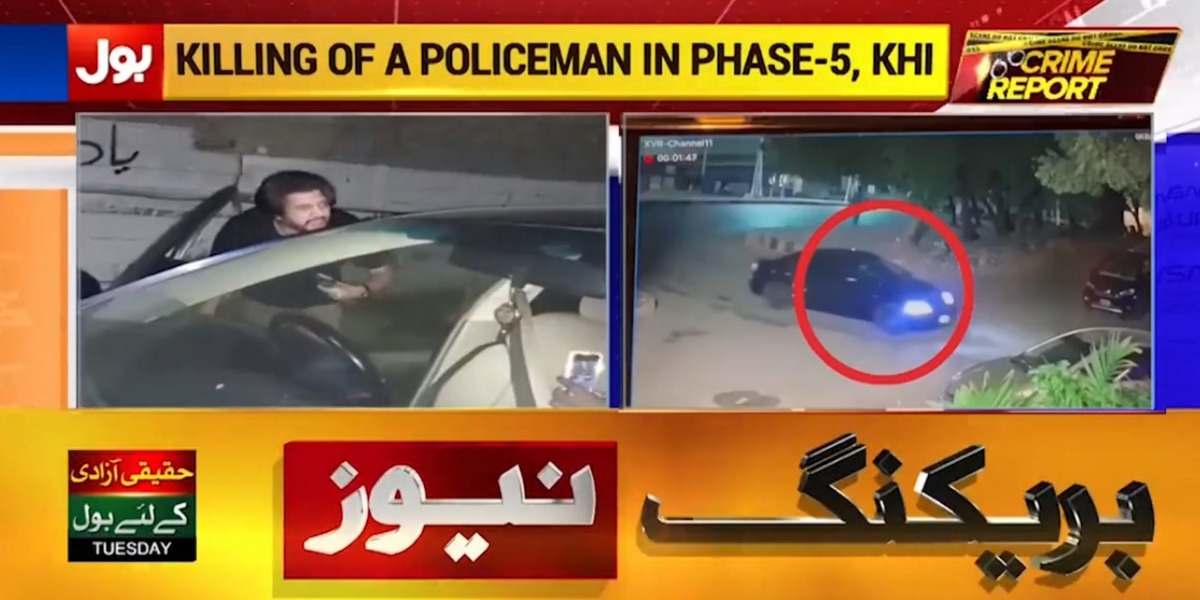 An investigation committee has been formed to investigate the incident of martyrdom of the police officer and the investigation of the accused involved.

According to the details, an investigation team has been formed under the leadership of SSP South to investigate the murder of Qashid police officer Abdul Rahman, in which the team includes SP City Investigation Ali Mardan Khoso, ASP Clifton and SIO Nabi Baksh and including SHO Clifton.

The investigation team has been given a special task to arrest those accused who helped to frame the accused.

Apart from this, it has been decided to contact FIA, Interpol and Swedish Embassy to arrest the accused.

On the other hand, the accused in the case of the murder of the defense police officer has also been exposed to crimes in Sweden.

Khurram Nisar, a habitual suspect turns out to be:

From the database of convicted criminals in Sweden, Boll News has obtained evidence of Khurram Nisar’s conviction, according to which Khurram Nisar has been convicted in Sweden.

Which means that the accused cannot escape the law even if he escapes to Sweden, can be punished according to the laws of Sweden and according to Article 2:2 of the Swedish Law BrB if a Swedish citizen is convicted of a crime in another country. So he will be punished.

According to Swedish law, a Swedish citizen or a foreigner residing in Sweden on a temporary or permanent basis can be punished.

The Swedish court received the detailed decision of the accused Khurram Nisar:

In this regard, the details of the court are as follows: According to the laws of Sweden, a Pakistani driving license is allowed to drive in Sweden for one year, but when the accused Khurram Nisar was stopped by the police for control, he did not have a Swedish driving license. While the Pakistani license had expired.

Accused Khurram Nisar took a stand before the police that my mental balance is not right, which is being treated and the accused said that if I had a good memory, would I have bought a new car despite not having a driving license.

The accused also said that when we came to Sweden, we came to know that my wife has brain cancer and for two years my wife was undergoing treatment, so I did not remember that I should renew my driving license. .

The court had imposed a fine of 40 thousand Pakistani rupees without considering the stand of the accused Khurram Nisar.

In addition, some new laws are being introduced in Sweden on the arrival of the new year, including a law to revoke citizenship.

If a person is convicted of a crime that is considered dangerous to Swedish society, their citizenship can also be returned.

As the accused Khurram is involved in the murder of the policeman, it is possible that according to the new laws, he will also have to lose his Swedish citizenship.

The country’s economy has deteriorated in the last seven months, Asad Umar
Whether the senior most officer will be the Army Chief or not, I don’t know, Khawaja Asif
Comment