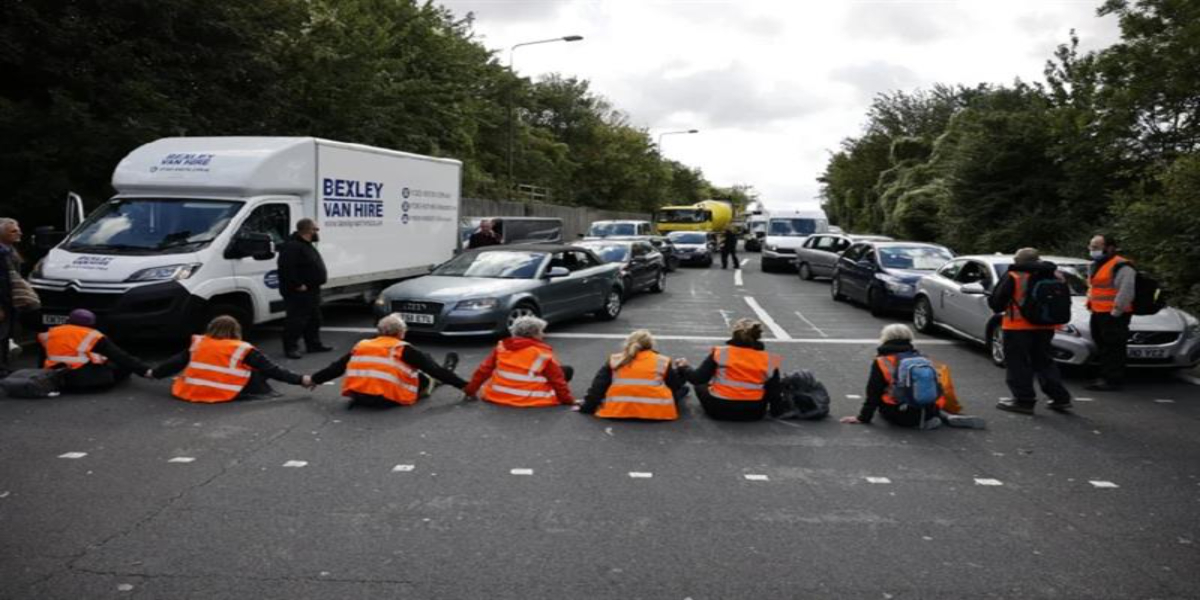 According to details, protesters from the ‘Just Stop Oil’ organization have blocked parts of Britain’s busiest motorway for the second day in a row, bringing traffic to a standstill during rush hour.

According to foreign media reports, 15 volunteers of the organization sat on the overhead of the M25 highway this morning.

It should be noted that the M25 is the main highway of Great Britain that connects different parts of London.

The police said that the volunteers of the organization started a demonstration together on different parts of the highway due to which traffic flow was suspended and long queues of vehicles were formed.

According to Essex Police, protesters blocked the carriageway leading to Dartford Crossing, which forced the closure of the Dartford Tunnel.

Hertfordshire Police said they were monitoring the protest at the junction near King’s Langley and motorists were being asked to take an alternative route.

Surrey Police said two protesters also climbed onto the motorway gantry between junctions 8 and 9 and junctions 12 and 13, blocking traffic in both directions on that stretch of motorway.

It was not immediately clear how long the disruption would last, with British media reporting that major service roads leading into the M25 were also experiencing traffic jams and long queues.

Annual rain record broken in Sydney, 170 days of rain this year
The United Nations designated the International Day for the Prevention of Sexual Exploitation of Children
Comment