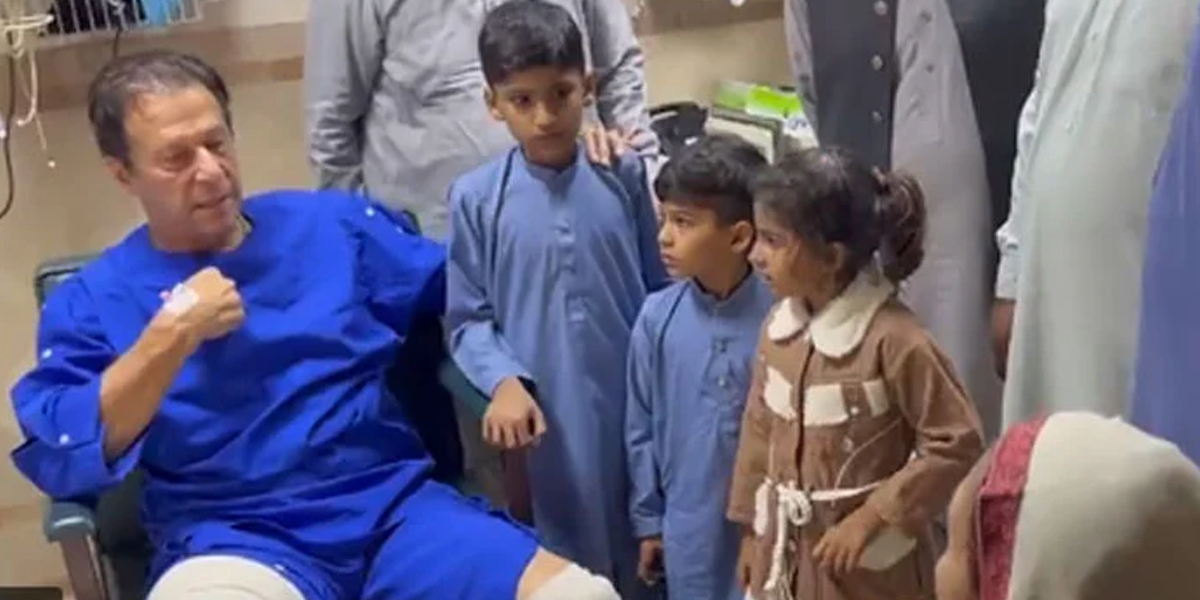 Chairman of Pakistan Tehreek-e-Insaf (PTI) and former Prime Minister Imran Khan has met the mother and children of activist Moazzam Gondal who died in the Wazirabad attack.

He gave one crore rupees for the upbringing and maintenance of the children.

Shaheed Moazzam’s family meets Imran Khan today where he assured them of taking care of the kids for their entire life! The FIR on the assassins must be registered soon! #FIR_on_murderers pic.twitter.com/ckUMELU5Ww

According to the announcement, apart from this, the Punjab government will give Rs 50 lakh to the martyr’s family separately. 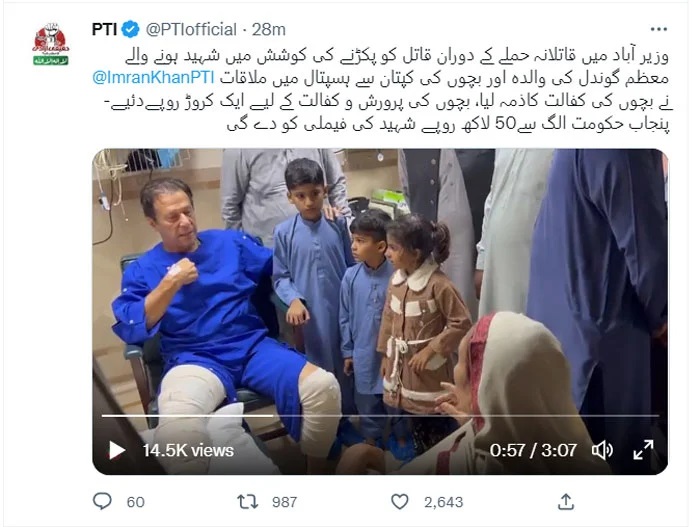 It should be noted that on November 3 in Wazirabad Imran Khan 13 people including the PTI chairman were injured and one person was killed in the assassination attack.