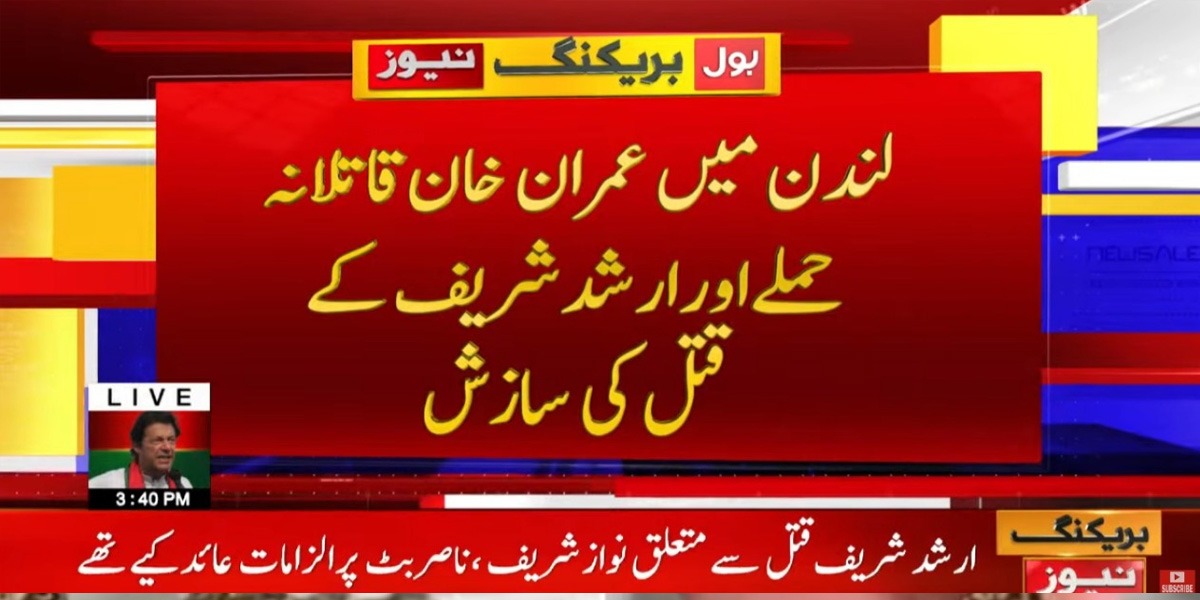 In the petition against Nawaz Sharif, the London police recorded Tasneem Haider’s statement.

Lawyer Mehtab Aziz says that the case of assassination attack on Imran Khan and conspiracy to kill Arshad Sharif was sent to CID.

According to lawyer Mehtab Aziz, in view of the sensitivity of the case, the investigation has been given to senior officers of CID. The conspiracy was reported by an overseas Pakistani named Tariq Mehmood. Muslim League-N leader Tasnim Haider joined as an important witness, the police has recorded the statement of Tasnim Haider.

Tasneem Haider had alleged that the conspiracy to assassinate Imran Khan and kill journalist Shaheed Arshad Sharif took place in London. He had accused Nawaz Sharif and Nasir Butt of Arshad Sharif’s murder, after which the London police recorded Tasneem Haider’s statement.

If the date of election is to be taken then become a politician and negotiate, Rana Sanaullah – Hum News
Important agreement on climate change is a win for the whole world, Bilawal Bhutto
Comment