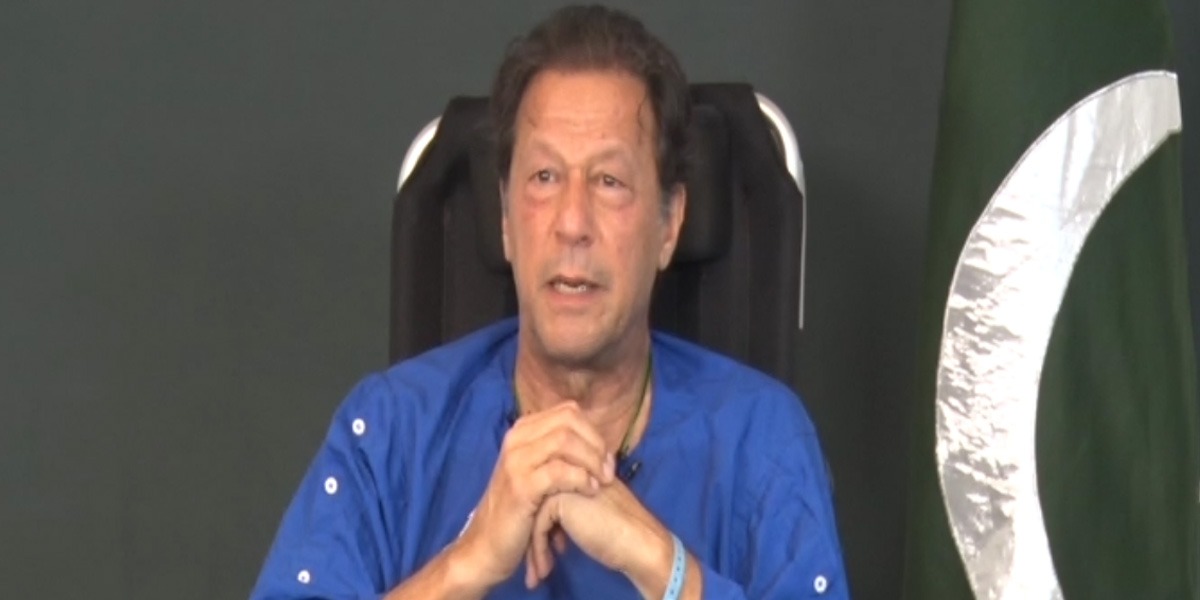 Pakistan Tehreek-e-Insaaf Chairman Imran Khan has said that I will go out on the streets again and give a call to Islamabad.

According to the details, PTI Chairman Imran Khan said in a press conference that a day ago it was known that there was a plan to kill me in Wazirabad or Gujarat.

Imran Khan said that I want to put the details of the last six months in front of you. The American Under Secretary of State threatened to remove me. Stolen money was used to buy members but we decided not to participate in this auction.

He said that the Pakistani nation did what it had never done before, on April 10, the way people took to the streets was surprising. Go out to do it.

He said that I had to go back to the people. He announced a long march on May 25 in which the people participated fully. To stop our long march, they broke into houses and tortured them. They organized 3 long marches in our government. Done, is the long march permissible for them and forbidden for us?

Imran Khan said that the nation has rejected the imported government, the people vote for me because people are tired of them, government machinery was used in the by-elections of July 17, the Election Commission helped them in the by-elections. Yes, our MPs were being bullied.

Chairman PTI said that all the records of Tosha Khana are lying there, there is no scope for theft in Tosha Khana, later it was found out that it was not foreign funding but prohibited funding. Is.

Imran Khan said that they stole billions of rupees and took them out of the country. Ishaq Dar stated that he was doing money laundering for the Sharif family. Yes, PTI is the only party that raised legal funding.

They said that we have donors but they have nothing, FIA is harming us, Tehreek-e-Insaaf has 40 thousand funding database, since this government came ill-treatment of journalists, Arshad Sharif. The nation will never forgive him for what happened to him.

He said that PTI is the only party that collected legal funding, people are repeatedly telling what they want because now people know what is going on, won 9 seats in the by-elections, 9 in Won 8 sets from, setting a world record.

Party Chairman said that Ranasthanaullah fired shots at innocent people in Model Town, Abid Sher Ali’s father has accused Ranasthanaullah of 18 murders, a day before reaching Wazirabad he planned to kill me, a burst went off and I was killed. Shots hit the leg, another burst when I fell, bullets passed over me, if I hadn’t fallen, I wouldn’t have survived, it all happened according to plan.

The case was not registered in the FIR cycle of Marzi, Imran Khan will be sued for breaking the constitution, Khawaja Asif
An attempt was made to kill, 4 shots were fired, I will leave as soon as I recover, Imran Khan – Hum News
Comment