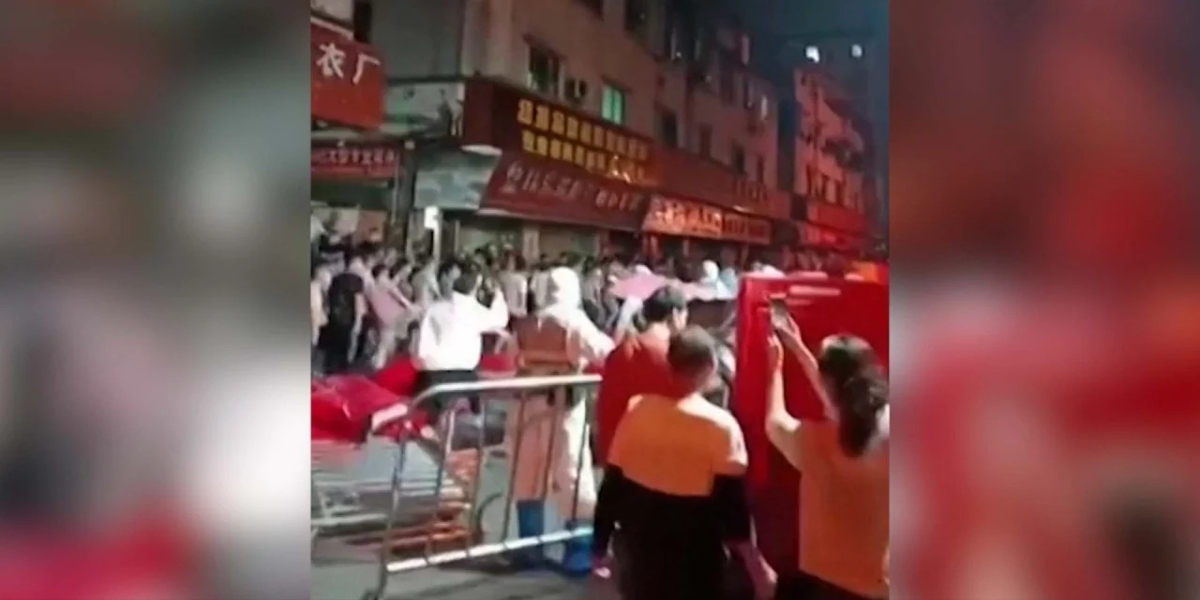 Hundreds of people protested against the Corona lockdown in a city in the southern region of China, the police dispersed the protesters.

According to Arab media, protesters clashed with police in southern China in an unprecedented display of public opposition to anti-coronavirus measures.

In the report, it has been mentioned that at some places, the protesters have also clashed with the policemen.

The protestors said that we do not need more corona tests now, the government has surrounded us.

Some people clashed with officials in hazmat suits.

A Guangzhou man was spotted swimming in a waterway in Haizhou district hit by corona restrictions, reportedly on his way to another area to escape the lockdown.

It should be noted that Chinese authorities announced the first snap lockdown there in late October, sealing off dozens of residential neighborhoods.

The megacity of more than 18 million people reported about 2,300 cases on Tuesday, most of them asymptomatic.

It should be noted that China is the only major economy to stick to a zero-covid strategy to end clusters of the virus as it emerges, but rapid and severe lockdowns have hurt the economy.

Under the policy, thousands of residents can be locked down in their housing complex for just one positive case.

Russia attacked Ukraine with dozens of missiles, one person was killed
The US imposed a huge fine of millions of dollars on Air India
Comment