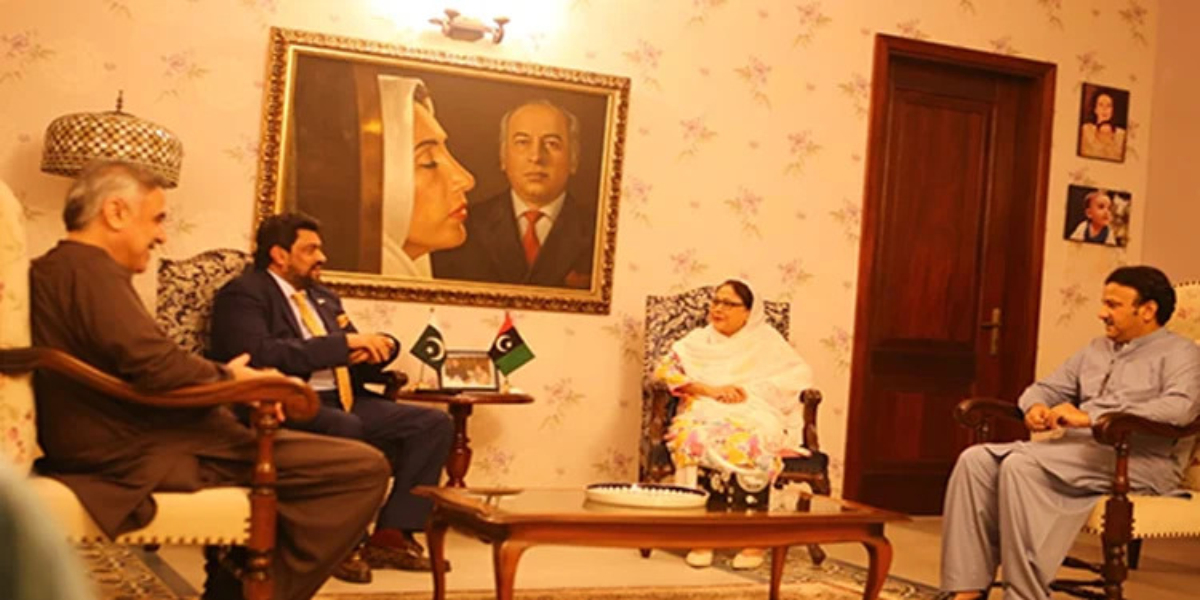 Sindh Governor Kamran Tesuri met with PPP leader Faryal Talpur in which they agreed to work together to solve the problems of the province.

In the meeting, the overall political situation, development of the province, development plans, federal cooperation, rehabilitation of flood victims and other issues were discussed.

On this occasion, Sindh Governor Kamran Tesuri said that the People’s Party should work to improve the quality of education in the province by improving free education and health facilities, the flood victims need us in the cold season.

Kamran Tesori said that the relief works should be completed as soon as possible and the facilities to avoid cold should be provided to them, all possible measures will be ensured for the development of the province.

In the meeting, Faryal Talpur said that the provincial government is taking vigorous steps for the development of the city.

PPP leader Faryal Talpur further said that Governor Sindh’s vision in the development of the province is excellent, the economic artery will make Karachi a city of lights.

Imran Khan’s instructions to the workers to keep the roads open during the long march
The Chaudhary brothers stand by us, Pervez Khattak
Comment