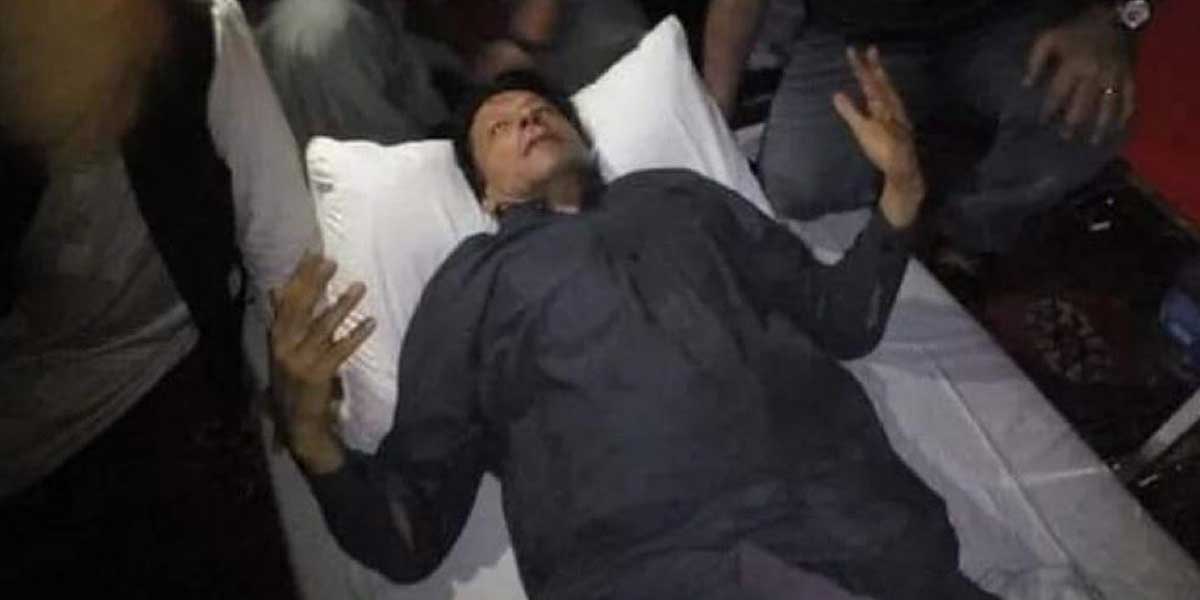 Former Prime Minister Imran Khan says that Allah gave me another life to set him straight.

Pakistan Tehreek-e-Insaaf Chairman Imran Khan while talking to the party leaders at Shaukat Khanum Hospital said that we are not afraid of anyone, the long march will reach Islamabad in any case.

Imran Khan said that we are not going to run away, I had already said that I will not bow down and now I am saying again that I will fight harder.

Imran Khan announced to continue the long march to Islamabad and said that the convoy will continue.

According to the sources, PTI has postponed today’s long march till 11 am tomorrow on the instructions of Imran Khan.

During the long march in Gujranwala, Chairman PTI Imran Khan was injured by a bullet in an assassination attack, but his condition is out of danger and now he is being given medical aid in Shaukat Khanum.

Sources said that Imran Khan’s Azadi March was passing through a road when a person came out of the street and approached the container and opened fire.

On seeing the assailant, the PTI worker hit the pistol in each hand, causing him to change direction and several people were injured due to bullet injuries in the lower parts of the body.

The PTI workers present at the spot caught the accused and severely tortured him. The police have arrested the attacker and seized the weapon.

The murderous attack was carried out by Shahbaz Sharif and Rana Sanaullah, if they are not removed from their positions, there will be a nationwide protest, Asad Umar – Hum News
I pray for the recovery of Imran Khan, Punjab Police should cordon off the crime scene, Maryam Aurangzeb
Comment