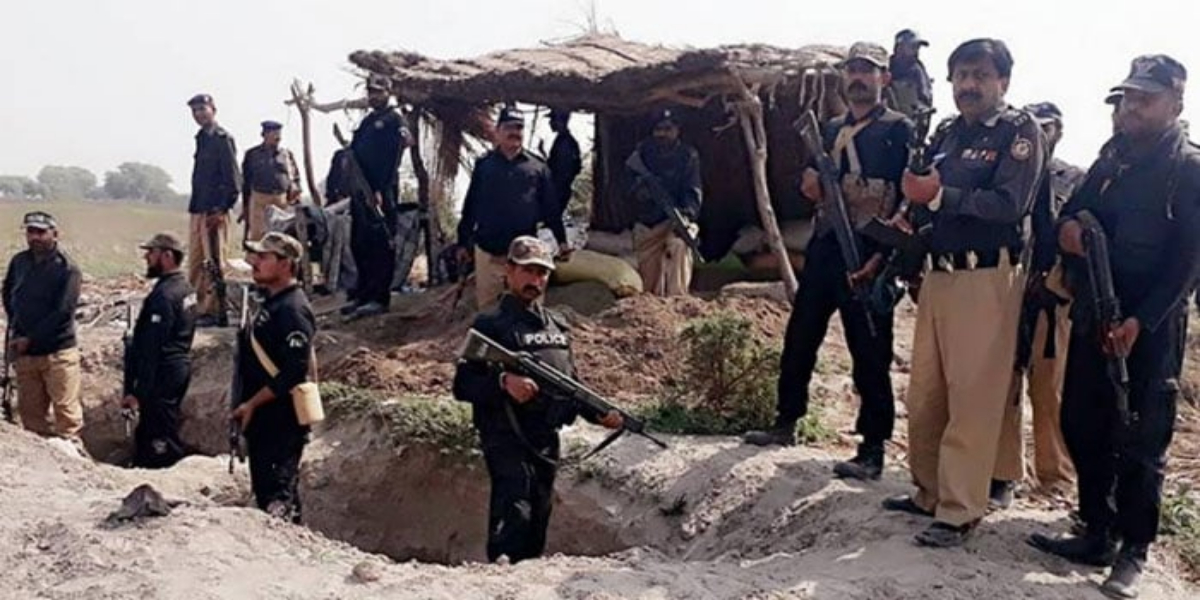 Bandits attacked a police camp in Ghotki district of Sindh and martyred 5 police personnel including DSP and 2 SHOs.

According to the details, a police camp was set up to rescue the hostages in the village of Obaro in Ghotki, more than 150 bandits attacked the police camp at night.

There was a fight between the dacoits and the police in Obaro’s Kache, as a result of which 5 policemen including DSP Abdul Malik Bhutto and 2 SHOs were martyred and 3 officials were also injured.

During the attack, a gang of more than 50 dacoits had taken control of Kache and also blocked the entrances of Kache.

It should be noted that a heavy contingent of police was dispatched to Kache, while the police also faced difficulties after the robbers took over the front.

In this regard, police officer Aftab said that the robbers first fired a rocket at our picket, after firing the rocket, the robbers attacked.

Police official Aftab further said that 5 officers including 2 SH and 1 DSP were killed in the attack while the bodies were also kept by the robbers.