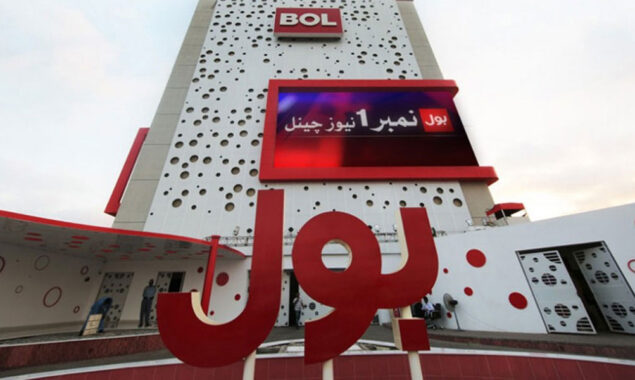 From the cipher to the assassination attempt on Imran Khan, Bol spoke his Illegal pressure trip Explained.

It is an open secret that senior anchor person Imran Riaz Khan faced the worst censorship, his programs were stopped and he was asked to leave the TV channel by the channel management. After which he was associated with another private TV but his programs were stopped here as well. In this difficult time, Bol News not only supported him but also provided him with his platform and assured that Bol stands with every journalist who stands for the truth.

Bol News not only broadcast news despite all the pressure regarding restriction of freedom of speech but also supported them by broadcasting the analysis of the fearless journalists associated with its channel. During this time, the coverage of any channel could not compete with Bol News and especially in the coverage of the events after the regime change, Bol News was at the forefront.

Recently, many journalists have faced threats due to which several prominent journalists were forced to leave the country and many channels were unable to show the truth due to the crackdown against them. The danger did not weaken him to support the public narrative, however far he had to go.

Due to all these reasons, Bool has become the most popular channel among the expatriates not only in Pakistan but worldwide.

Other channels kept the Cipher issue under wraps and angling for news in this regard, however, Bol News continued its journey to tell the truth and conducted extensive broadcasts to highlight all aspects of the matter.

A false FIR was also registered against Jameel Farooqui, the anchor person of Bol News and he was subjected to worst torture and once again Bol News was pressured to stop his program but the channel rejected any pressure. He continued to support his partner.

Another prominent journalist Sabir Shakir was punished for true journalism, he also faced restrictions and finally his program was stopped after which he was forced to leave the country, but Bol News was a strong supporter of Sabir Shakir in difficult times. supported

Senior journalist Shaheed Arshad Sharif’s program was also stopped under pressure and he was forced to leave the country through various tactics. However, Bol News supported Arshad Sharif and made him a part of its family. And when the news of his killing came out, Bol News was the first to broadcast it and told viewers that he had been targeted. Meanwhile, other channels were describing the killing of late Arshad Sharif as an accident. Bol News will stand with the family of the victim till the arrest of the killers.

Also, when politicians like Shehbaz Gul were arrested and tortured, Bol News raised their voice for them. Bol News also highlighted Senator Azam Swati’s stand on the video leak incident.

When Siddique John joined Boll News, the channel once again faced pressure, but the management refused to take any pressure here as well and added Siddique John to the Boll family.

People’s favorite channel faced restrictions for continuously showing the rallies of former Prime Minister and Chairman PTI Imran Khan. In this regard, Bol News was heavily pressured by FBR, Customs and PEMRA, even the channel’s security license was cancelled. Meanwhile, suspicious vehicles drove around outside the Bol News office for several hours, but Bol News endured all this.

Bol gave extensive coverage of the real Azadi March and the assassination of Imran Khan and continuously raised the voice for registration of an FIR in the Wazirabad incident, which the court took notice of and registered the FIR.

Bol News stood by the truth despite all the pressure and kept its viewers up to date during the by-elections.

Bol News needs the prayers of the entire nation, including the old, young, women and children.