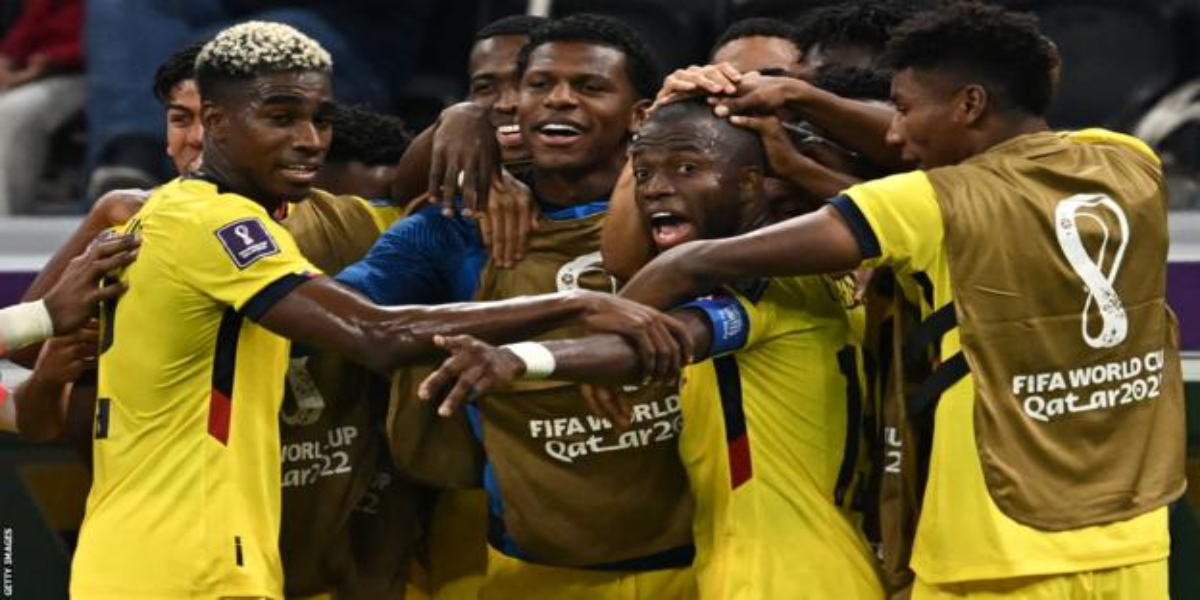 In the opening match of the FIFA World Cup 2022, hosts Qatar and Ecuador met, with Ecuador winning 2-0.

According to the details, in the opening match of the most expensive World Cup in the history of football, the host Qatar was defeated by two goals by Ecuador.

Hosts Qatar made a disastrous start to the 2022 FIFA World Cup, easily beaten by Ecuador in Albeit.

Qatar manager Felix Sanchez’s players have been in camp for the past six months to prepare for the tournament and work on strategy, but Qatar got off to a disappointing start with a jittery and disjointed performance in the opening match.

With Africa Cup of Nations champions Senegal and three-time finalists Holland in Group A, it looked to be the easiest match for Qatar on paper, but they were completely outclassed.

The contest got off to a dramatic start when Enner Valencia’s header was ruled out for offside by the video assistant referee, but the South Americans scored their first goal of the World Cup shortly after.

Qatari goalkeeper Saad Al-Sheib looked nervous in the match, the first half of the match proved to be a rout for the hosts Qatar as Valencia scored another header to silence the Al Bait Stadium.

Many supporters of the Qatari team who had left the stadium at half-time did not return, leaving the ground half-empty for most of the second half.