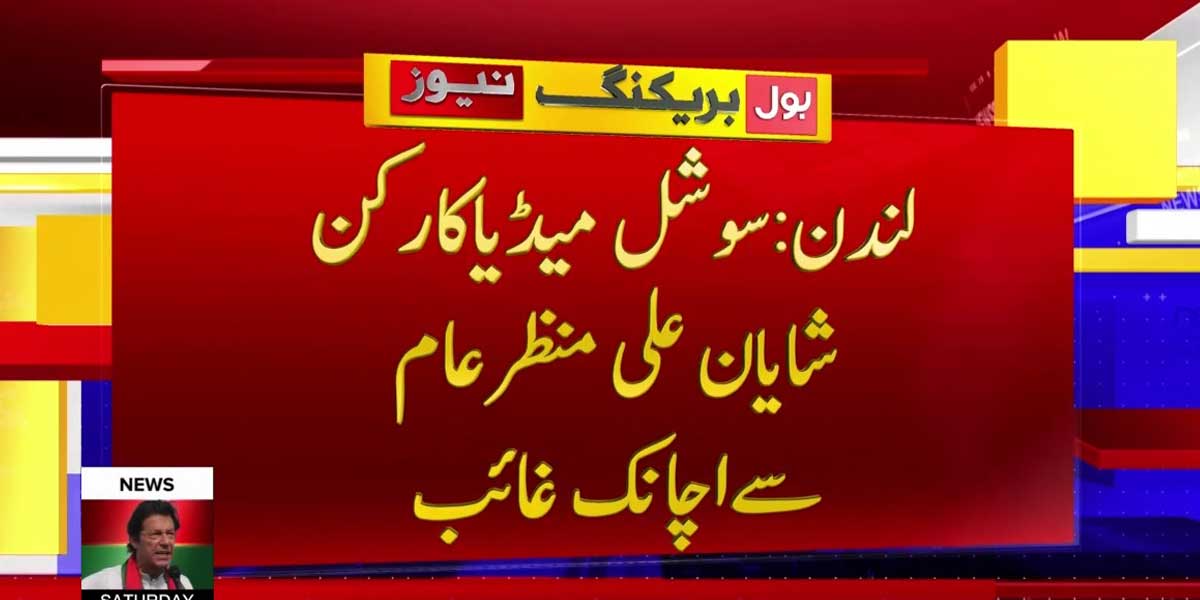 Pakistan Muslim League (N) London had closed the Twitter account of social media star Shayan Ali by making a false complaint in the college, after which Shayan Ali, who was active on social media, suddenly disappeared from the public scene.

On the other hand, Azhar Siddique, a legal expert, in a special conversation with Bol News, said that the boy Shayan is showing a mirror to him in London and he is talking about ending corruption, it is not his personal fight and the nation likes him. When these people saw that he was standing with courage, they started propaganda against him.

Prepared to expel him from college by making false complaints to his college and wrote fake e-mails against Shayan, defamation claims have been filed against these false e-mails which will be seen in London and also in Pakistan. Notice will be given to people.