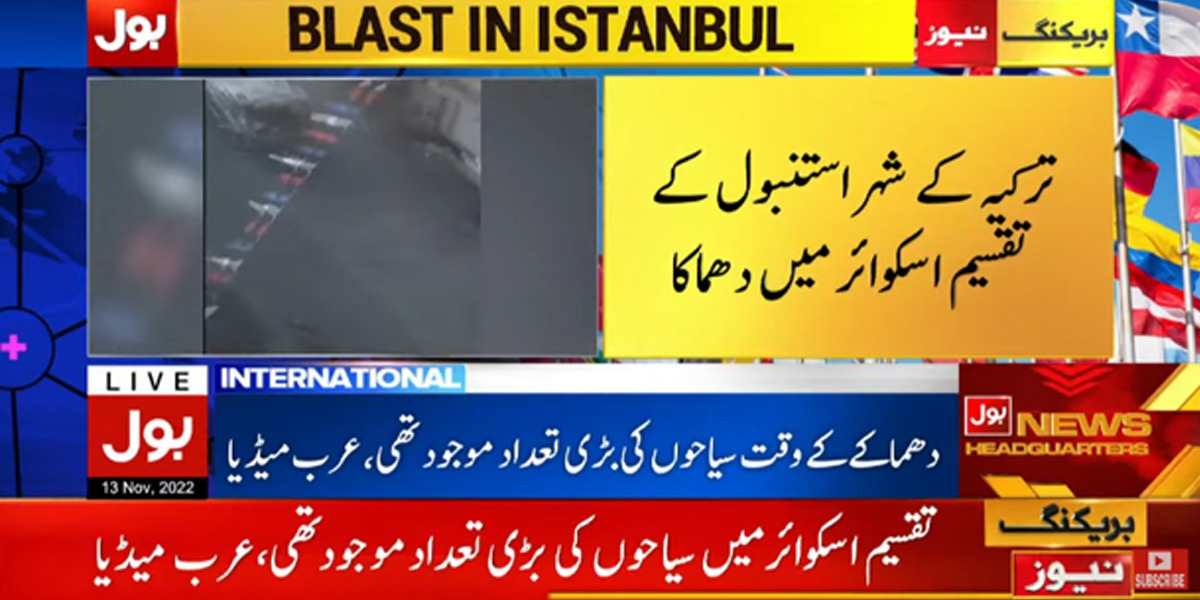 According to the report of the Arab media, there has been an explosion in the capital of Turkey, Istanbul, as a result of which 5 people have died.

According to Turkish media, panic has spread in the area after the explosion, a heavy police force has reached the accident site, while ambulances and fire brigade vehicles are also seen at the accident site.

According to social media users, shops and markets around the accident site have been closed and roads have also been blocked.