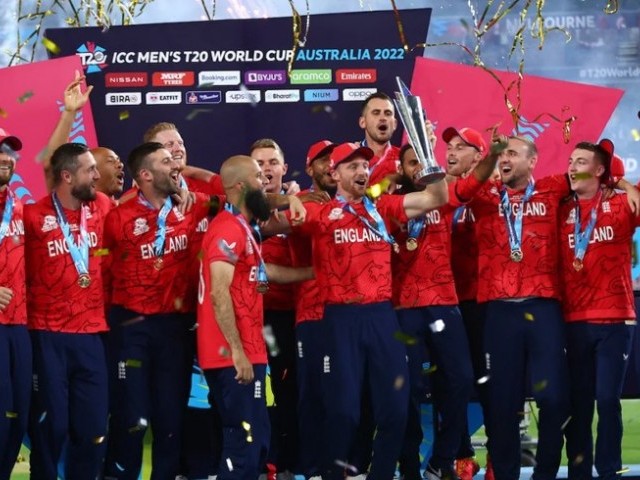 Melbourne, November 13 (SO News / Agency) Thanks to the half-century of the brilliant all-rounder Ben Stokes (52 not out), England defeated Pakistan by five wickets in the final of the T20 World Cup 2022 on Sunday. Won the cup title for the second time.

Bowling first in the final match, England restricted Pakistan to 137 runs with the help of Sam Kern (12/3). Jos Buttler’s team had a target of 138 runs to become the T20 champions which they achieved with an over to spare.

Stokes, who was the hero of England’s victory in the final of the ODI World Cup 2019, gave England a memorable victory by scoring 52 runs off 49 balls with the help of five fours and a six.

Chasing the target, England had lost three wickets for 45 runs and by that time the match was in Pakistan’s grip. Headingley and Lord’s Soorma Stokes once again pulled their team out of trouble as they put on a 39-run partnership with Harry Brook (20) while adding 48 runs with Moeen Ali (19).

Even after Brooke and Moeen were out, Stokes remained at the wicket and scored a winning run off Mohammad Wasim Jr in the 19th over to make England the T20 world champions for the second time.

Pakistan, on the other hand, were looking for their second T20 World Cup title in their third final, but Babar Azam’s team could not cross the threshold of victory despite the brilliant performance of the bowlers led by Haris Rauf (23/2).