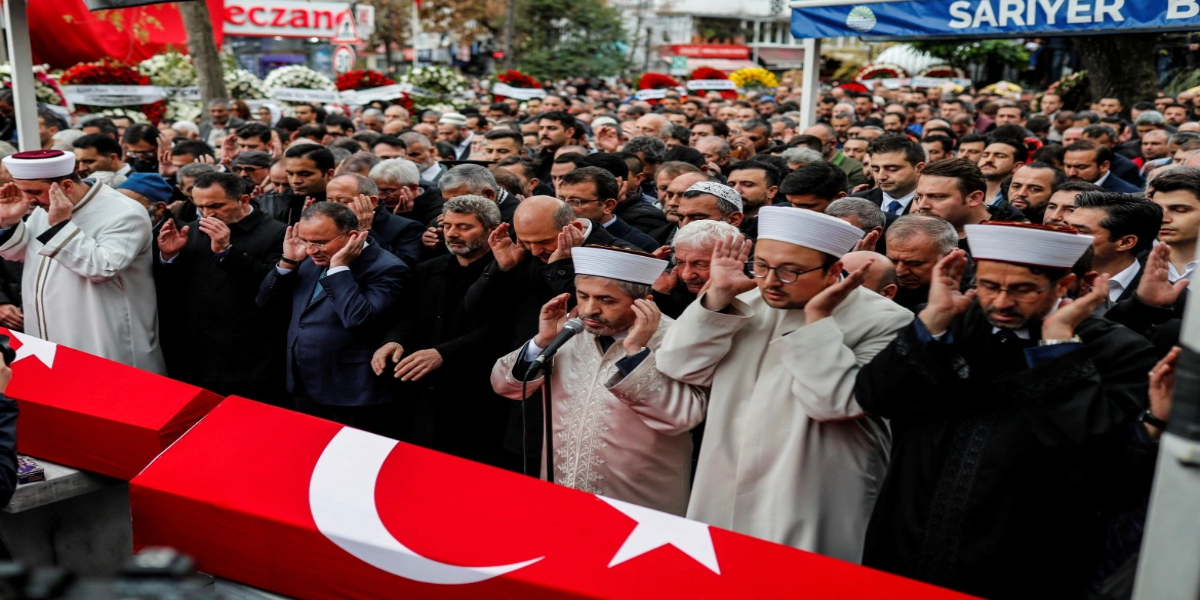 Six victims, including a mother and daughter, who died in a bomb blast in Istanbul, Turkey, were laid to rest.

According to details, funerals were held for those killed in the Istanbul bombings on Sunday, including those of Arzu Özsoy and her 15-year-old daughter Ygmor Oker.

Turkish police say they have detained a Syrian woman with links to Kurdish armed groups who confessed to planting a bomb that exploded on Istanbul’s pedestrianized Istiklal Avenue, killing Six people were killed and several dozen injured.

Kurdish armed groups have strongly denied any connection to the bombing.

A separate funeral was held for Adam Topkara and his wife Elif Topkara, who were walking down Istiqlal Avenue after leaving their two young children with their aunt at the time of the explosion.

The blast was a shocking reminder of the anxiety that gripped Turkey several years ago when a series of similar attacks continued.

It should be noted that Turkey was hit by a series of bombings between 2015 and 2017, some of which were carried out by ISIS and some by Kurdish armed groups active for autonomy.

Istiqlal Avenue was reopened to pedestrians on Monday after police completed their investigation.

People began leaving flowers at the site of the blast, while the road was decorated with hundreds of Turkish flags.