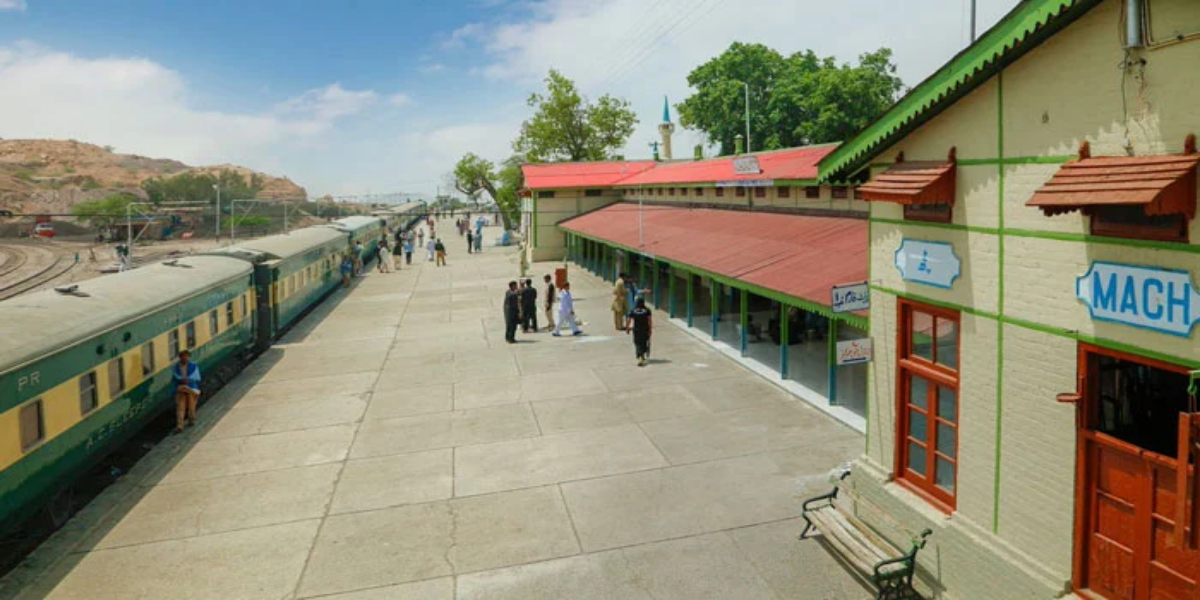 The train service which has been suspended for three months due to monsoon rains and floods in Balochistan will be restored from today.

According to railway officials, the first Jafar Express will leave for Peshawar after three months from Balochistan, which will go from Machh station to Peshawar.

Railway officials said that the passengers are being transported from Quetta station to Machh station through transport, the train consisting of 10 coaches will depart from Machh at 11 am today, Quetta to Machh railway connection is disconnected.

Railway officials say that the railway track bridge was washed away due to flood in Bolan area, the construction work of the bridge will be completed in January.

It should be noted that the rail service was suspended for 3 months due to the Bolan railway track bridge being washed away due to rains.

Railways has canceled the restoration of Awam Express running from Peshawar to Karachi.

Railway spokesperson said in his statement that Awam Express is not being restored today, only one train Jaffar Express will be restored today on November 20.

The spokesman said that Jafar Express will run between Peshawar and Mach, passengers will be transported between Mach and Quetta by buses.

A few days ago, the Chief Executive Railway and the Federal Government Inspector of Railways had released a new schedule for the annual inspection of various sections.

Chief Executive Railways Salman Sadiq Shaikh and FGIR will conduct the inspection of Rawalpindi, Karachi and Sukkur Division, the process of which will continue in three phases from November 21 to December 21.

In the notification, it was mentioned that in the third phase, inspection of 212 km track from Khanpur to Rohri will be done on December 20.

According to the notification, there will be an inspection of the 80 km track from Sukkur to Jacobabad on December 21, while the track, railway station buildings, bridges and other installations will be reviewed during the inspection.

It should be noted that during the inspection, the revenue of various railway stations and the facilities provided to the passengers will be reviewed, while the duties and work of the railway officers and employees will also be reviewed.

Why is the railway in deficit? The main reason came to light

Why Pakistan Railways is losing billions of rupees annually, Bol News found out.

The railway officials started running away from technology, if the railway department fixes the punctuality of the trainees, it can eliminate the annual loss of more than 3 billion rupees.

Passengers also face serious problems due to lack of punctuality. In spite of installing modern signal system in Sukkur division, the railway is losing crores of rupees annually by using the old system.

According to Content Cell News Islamabad, the report of the Auditor General of Pakistan has revealed that the railways is losing more than 3 billion 658 lakh 90 thousand rupees annually due to the excessive stopping of trains at various stations.

More than 3 billion rupees of diesel is burnt annually due to unscheduled stops at various stations.

These are due to the stop signal system, locomotives, coaches and other reasons. If the railway starts punctuality of the trains, then 3 billion rupees can be saved.

A modern Computer Based Interlocking (CBI) system of signals has been installed in Sukkur Division for the movement of trains, but despite this it is not being used and the old Paper Line Clear (PLC) system is being used. is being done.

The terns have to stop for taking PLC, due to which an additional diesel of Rs 7 crore 33 lakh 60 thousand was consumed annually by the terns in Sukkur division alone.

The audit recommended that when the modern system is in place, it should be used to prevent an annual loss of more than 7 crore rupees.

Today, the Day of Remembrance of people affected by traffic accidents is being celebrated globally
Local body elections are going to be held in Azad Kashmir after 32 years, Sardar Tanveer Ilyas
Comment