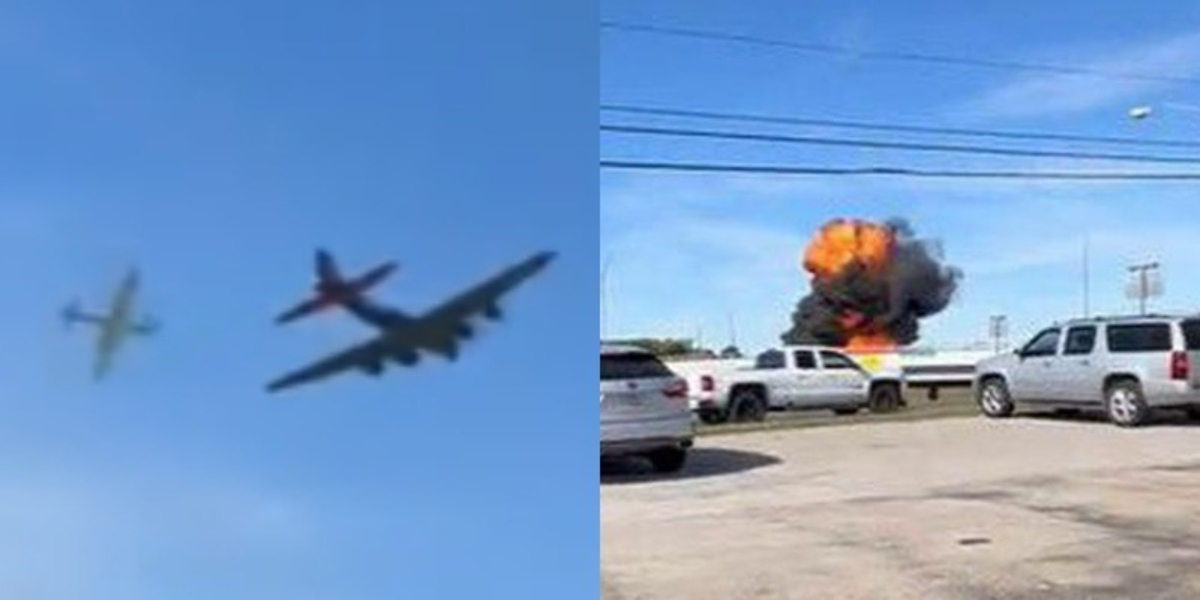 A video of the horrific scenes of two planes colliding during an air show in the city of Texas, USA, has gone viral.

According to details, a ‘B-17’ bomber and a small plane collided during an air show at the Dallas Executive Airport in Texas.

After the collision, both the planes fell on the ground and caught fire in them. The rescue teams immediately reached the accident site and put out the fire.

Dallas County Judge Clay Jenkins said on Twitter Sunday that according to our Dallas County Medical Examiner, yesterday’s Wings from Dallas air show incident resulted in a total of 6 fatalities.

In the video of the incident, it can be seen that a B-17 giant plane was flying straight and low when suddenly a small World War II-era plane collided with an American bomber, after which both planes would have been torn apart. and fall to the ground.

According to US media reports, the collision took place at the Dallas Executive Airport during the Wings Over Dallas Air Show. According to federal agencies’ investigation, a single-pilot small plane collided with a B-17 King Cobra bomber.

It should be noted that earlier in the United States on October 2, 2019, 7 people were killed in a B17 crash at Windsor Locks Connecticut airport.

The United Nations demanded the Myanmar army to restore the democratic government
Explosion in Istanbul, the capital of Turkey, Arab media
Comment