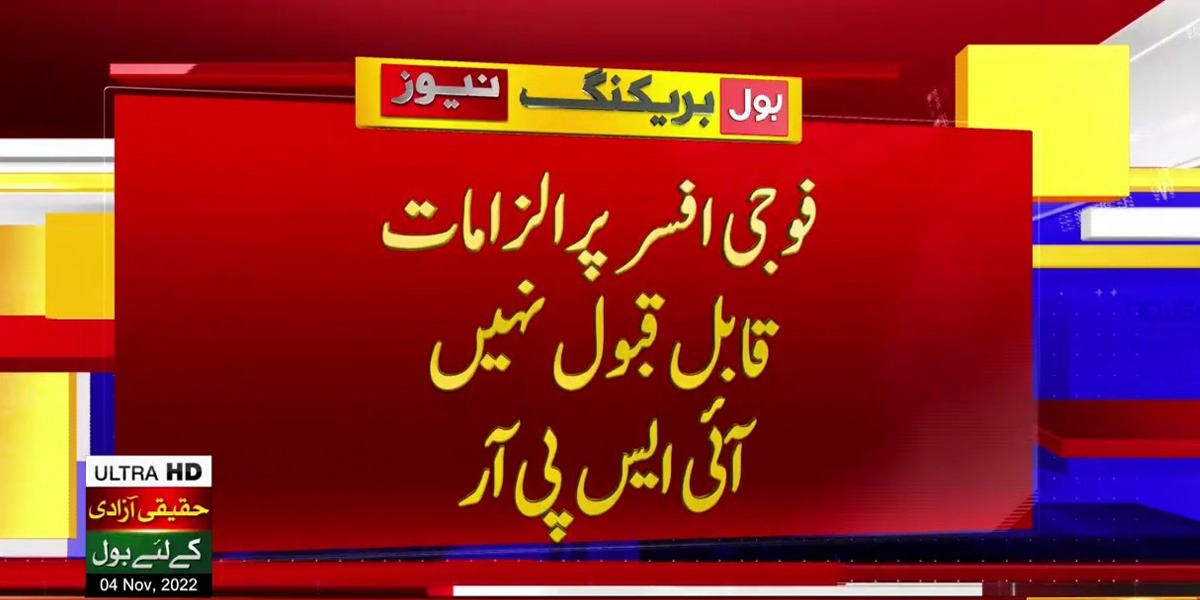 The spokesperson of the Pakistan Army says that the allegations against the organization and the specific officer are not acceptable.

According to the statement issued by the Public Relations Department of the Pakistan Army (ISPR), the irresponsible allegations made by Chairman PTI against the institution and a senior army officer are not acceptable at all, these allegations are unnecessary.

The spokesperson of Pakistan Army says that defamation of any institution or officer will not be tolerated, there is an internal system of accountability of uniformed personnel.

The ISPR also says that no one will be allowed to defame the institution or its officers.

The ISPRCA further said that the government should investigate the matter and initiate legal action against those responsible for defamation and false allegations against the institution and its officials without any evidence.