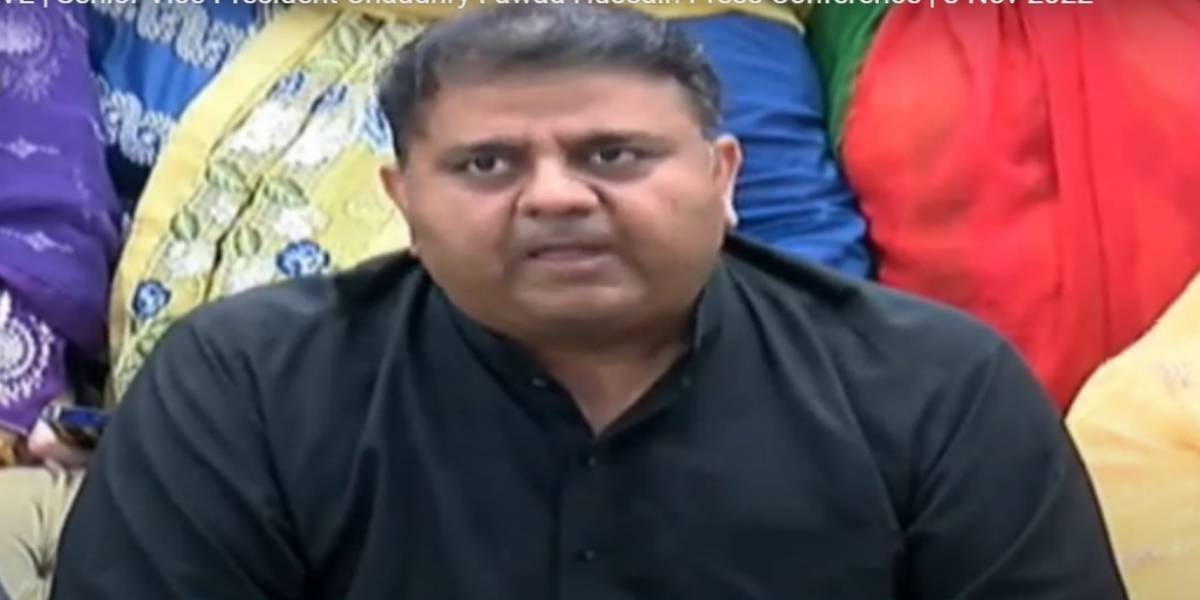 Pakistan Tehreek-e-Insaaf leader Fawad Chaudhry has said that the action against Geo Group on the propaganda related to Tosha Khana will start from today itself.

Fawad Chaudhry, in his statement on the social networking site Twitter, said that Jio Group has censored its programs and news related to the Gosh Khana case in London itself.

Jio Group has censored its programs and news related to the Gosh Khana case in London itself. They believe that in this way they will only have to deal with Pakistani courts. Let’s start from Pakistan. The action will begin

“The action will start from today on creating and programming fake testimonies.”

He said that he thinks that only Pakistani courts will have to be dealt with in this way, let’s start with Pakistan.

Fawad Chaudhry further said that Khanzada reads what is written on the teleprompter and the real agenda is Mir Ibrahim’s.

Yesterday Chairman PTI Imran Khan had announced to go to court against Jeev and Jang.

Former Prime Minister and Chairman PTI Imran Khan, while addressing the rally, said that the thieves were imposed on us as part of a conspiracy, while he ended the cases worth billions as soon as he came to the government.

Imran Khan said that those societies are destroyed where there is no justice, 60% of the cabinet of the government is on bail while Shahbaz Sharif and his son were about to be charged.

He also said that the rich countries are prosperous because there is no corruption, we are fighting for the rule of law, there can be no development without the rule of law.

He said that Jio uses its media group and does propaganda in the country, Jio group’s aim is not freedom of press but agenda setting.

Imran Khan also said that if Geo Group had done honest journalism, it would have known that Umar Zahoor is a fraud, I will file a case against Geo Group in London.

Chairman PTI said that Geogroup has killed my role, Geogroup will now have to answer in London, while I will file a case against Geogroup in Pakistan and Dubai as well.

The former prime minister also said that my lawyer gave a detailed answer to the Tosha Khana, how much was the watch sold for, the receipt is in the Tosha Khana.

Imran Khan is not born to back down from the conspiracy narrative
We have nothing to do, someone else’s role is being played, Ahsan Gujjar
Comment