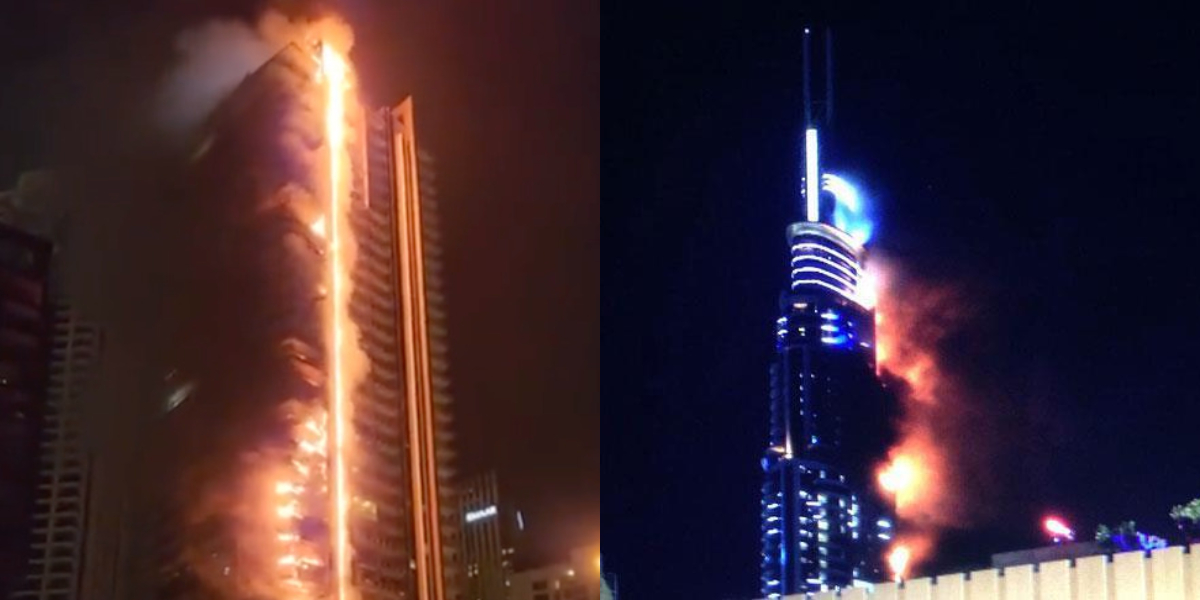 A terrible fire occurred in the 35th floor of a building located near the Burj Khalifa in the state of Dubai in the United Arab Emirates.

According to details, a fire broke out in a multi-storied building near Burj Khalifa, the tallest building in the world, but there was no immediate loss of life.

According to the news agency, a fire has broken out on the 35th floor of a residential building in Dubai, after which smoke can be seen rising from there.

The affected building is located in the area where there are several other buildings built by the famous UAE construction company ‘Emaar’ group, also known as 8 Boulevard Walk.

It should be noted that questions have been raised on the materials used in the buildings after the recent fire incidents in the multi-storey buildings of Dubai.

It should be noted that in 2015, a fire broke out in downtown Dubai on the occasion of the New Year celebration.

Downtown is an area of ​​hotels and residential buildings near the Burj Khalifa, where tourists visiting Dubai from all over the world stay.

‘Legendary cricketer Abdul Qadir inducted into the Hall of Fame, declared the unforgettable inventor of Google’
Cope 27, The world is on the climate highway to hell, General Secretary
Comment