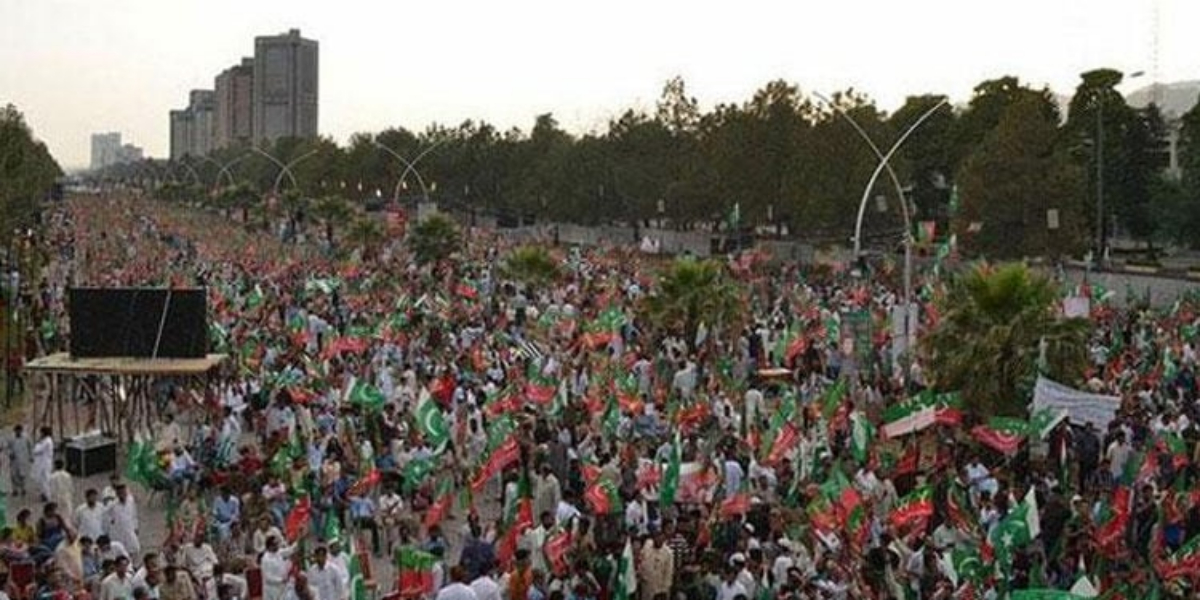 It has been decided to set up the biggest tent in history for the real freedom march in Islamabad.

According to the details, Pakistan Tehreek-e-Insaf has prepared a comprehensive plan for the accommodation and food of millions of people in Islamabad while preparing the entire strategy after the arrival of the Real Azadi March in Islamabad.

In this regard, the most important high-level meeting was held under the chairmanship of Central Secretary General Asad Umar, in which it was decided to set up the largest tent settlement in history for staying in Islamabad.

During the meeting, a plan has also been made to construct a completely safe and well-equipped separate accommodation for women.

Apart from this, parking for thousands of vehicles will be arranged while separate areas will be allocated for food preparation and hundreds of toilets will also be constructed.

According to the strategy, special medical camps will be set up at different places in Khema Basti and large stores will be constructed for storing food and bedding.