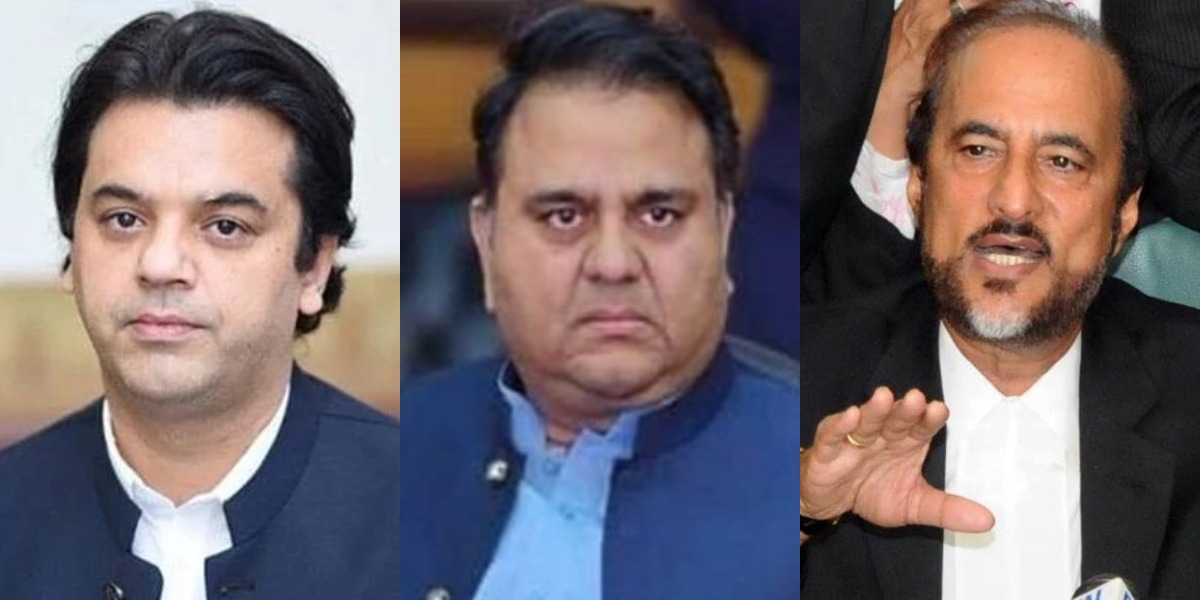 Immediately after the Supreme Court’s order, the police registered an FIR for the murder of Imran Khan, after which the reaction of the PTI leaders is coming.

In a message on the social networking website Twitter, PTI leader Usman Dar said that every worker of Tehreek-e-Insaaf rejects this fake FIR, both fake imported government and fake FIR are unacceptable.

PTI leader Babar Awan said in a message on social networking site Twitter that a weak, misleading and illegal FIR is worse than no FIR.

A weak, misleading and illegal FIR is worse than no FIR.

Former Deputy Speaker Qasim Khan Suri said in a message on the social media website Twitter that the country’s most popular leader was assassinated and 14 people, including Chairman Imran Khan, were injured in the attack. One can reject and lodge an FIR of his own choice. It has no legal status.

The most popular leader of the country was assassinated. In the attack, an activist was martyred and 14 people including Chairman Imran Khan were injured. It has no legal status, making it a republic.#FireRejected

Pakistan Tehreek-e-Insaf (PTI) leader Musarat Jamshed Cheema also said in a message on the social networking website Twitter that the FIR on anyone other than the accused named by Tehreek-e-Insaf in the murderous attack on Imran Khan is a waste of time. And it is like confusing the case, such a cover-up is not approved by the whole nation including Imran Khan. This is the case of the life of Pakistan’s most popular leader, no joke, we reject such FIR.

Filing an FIR against anyone other than the Tehreek-e-Insaf named accused in the murderous attack on Imran Khan is a waste of time and confusing the case. Such a cover-up is not approved by the whole nation including Imran Khan. This is the life story of Pakistan’s most popular leader, no joke. We reject such FIR.

On the other hand, Tehreek-e-Insaf has prepared Plan A and Plan B.

The party leadership decided not to compromise until the FIR of Imran Khan’s will is done, while Tehreek-e-Insaf has also decided to adopt a very strict and aggressive strategy.

Sources of PTI say that after the assassination of Imran Khan, the time has come for R or Par.

According to Plan A, Tehreek-e-Insaf will approach the Supreme Court tomorrow, while Plan A and Plan B will run together

Plan A is for the court while plan B is for the public court, but on the request of Zubair Niazi, a plan has also been made to close Islamabad if the FIR is not registered.

Initially, the plan to shut down Islamabad will be only for 72 hours, while after 72 hours a new strategy will be considered.

Convoys from across the country were also given the green signal to leave for Islamabad, the dharna will begin before Imran Khan reaches Rawalpindi.

Convoys arriving from all over the country will stage dharna in Rawalpindi Islamabad, the pressure will be increased to the last extent for registration of FIR of the election date and will.

On the order of the Supreme Court, the police registered a case of murder on Imran Khan

On the order of the Supreme Court, the police have registered a case of the incident, the case has been registered under the other sections including murder, attempted murder, terrorism.

Sources say that after the registration of the case, the main accused Naveed will be formally arrested tomorrow. The accused is currently in the custody of CTD in a cell in Lahore Chong.

It started raining again in the city of Quaid
Only Imran Khan can take Sindh on the path of development, it seems
Comment